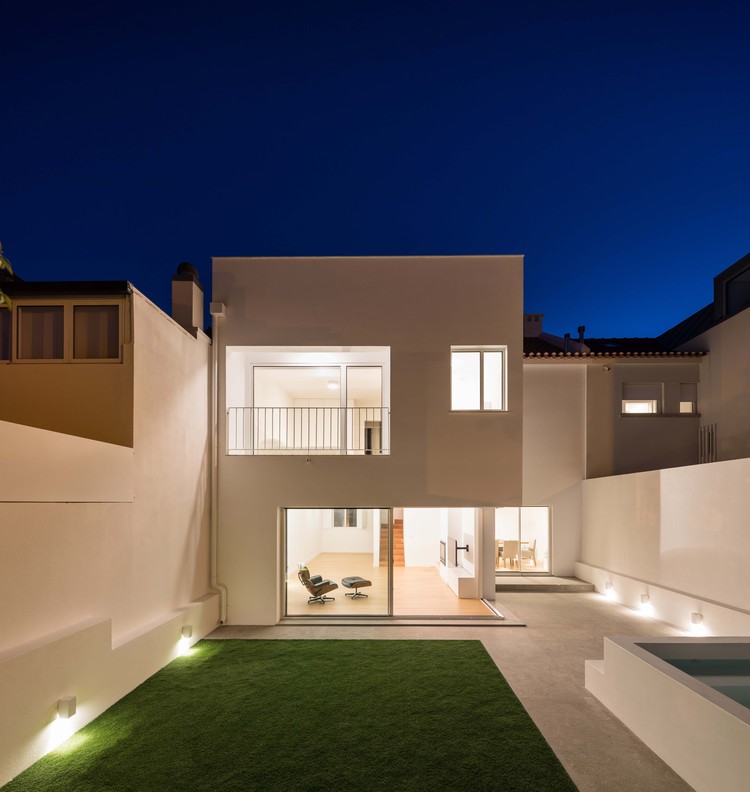 Text description provided by the architects. From the existing plot, there was an access garden, a degraded two stories house, and a backyard garden. The project had as the main goal the requalification of the existing house and its expansion, through not only a new implantation and back facade design, as well as the optimization of the roof morphology for a new attic area. In order to promote the new functional program and get a better spatiality, it ran a total reorganization of interior layouts of the ground and upper floors. Through the rise of the existing ridge quota and the volumetry of the roof, the house was offered a new attic area with a great connection with the surrounding, through a terrace. The front facade remained unchanged.

The backyard topography was totality redefined, as initially, it presented a level far superior of the house making the interior/exterior relation impossible and damaging natural lighting and ventilation. In the backyard, there was drawn an outdoor dining area, along the axis of the kitchen; a small garden related to the living room and a water tank, for refreshment in summer months. The house has solar orientation Northeast-Southwest and is for a family of a couple and a child.