Save
Andrés Jaque: "Architecture Is Always Political"
Share
Or
Copy

In the context of the XX Biennial of Architecture and Urbanism in Chile, we spoke with the Spanish architect Andrés Jaque, founder of the Office for Political Innovation. In a conversation named Lucha Libre Jaque argued that "all architects are politicians" by default and the real question is what forms of policy we are willing to defend. 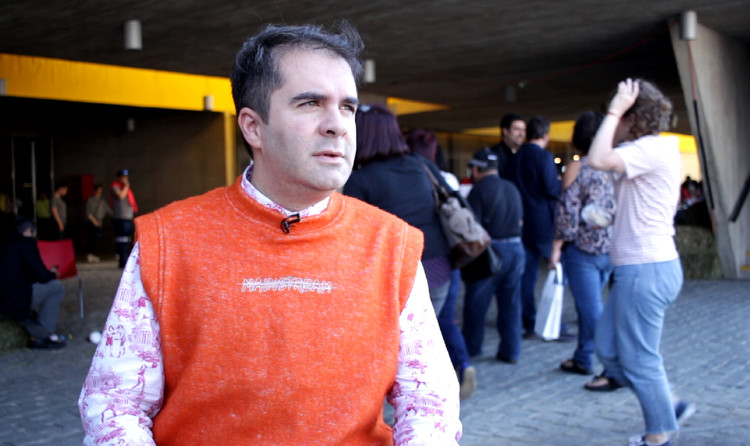 In this interview, Jaque states that "politics have to do with how things are brought together, and what is the possibility... of certain situations to be produced by architects which ones are blocked." Jaque explains:

Jaque, the first Spanish architect to be awarded the Kiesler Architecture and Art Prize, doesn't speak about built work or generic typologies, but architectural devices—a concept that includes buildings, plans, furniture, interior settings, and infrastructures. Jaque doesn't speak about a binary relationship between clients and architects, but societies where humans are incorporated together with other actors in those networks of interconnections, and interactions, all as a product of a heterogeneous, mechanized and conflicting culture.

It is not an activism that is just done through demonstration, but by designing the world that we're part of, we can—the architects—gain a voice in the making of the daily life. That is precisely the formal activism that is behind many of our designs.