The Los Angeles County Museum of Art (LACMA) has unveiled new renderings and drawings for their $600 million transformation designed by Atelier Peter Zumthor, as an environmental impact report for the project has been released. 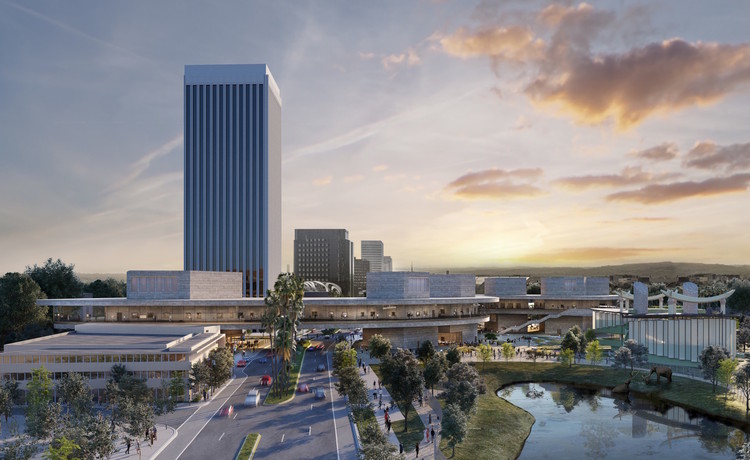 The impact report provides some details of the museum plans, which will replace four existing buildings on the east campus with a new 387,500-square-foot building bridging Wilshire Boulevard. While the new space is aimed at providing a more cohesive museum experience, the construction will actually reduce the overall square footage by approximately 5,371 square feet and to combined maximum theater capacity from 716 seats to about 300.

The majority of the new building will hover about the site, touching down on seven semi-transparent Pavilions. This architectural move will allow additional space for an enhanced outdoor area including new landscaped plazas, outdoor public programming, sculpture gardens and native drought-tolerant vegetation. A parking structure on the southwest corner of Wilshire and Ogden Drive will replace an existing surface parking lot.

Since it was announced in 2014, the project has undergone several major changes, most notably changing its original form to protect the nearby La Brea tar pits and changing its color from black to sand.

Construction of the new building is expected to begin in late 2018, with completion tentatively scheduled in 2023. See the full gallery of official images below.