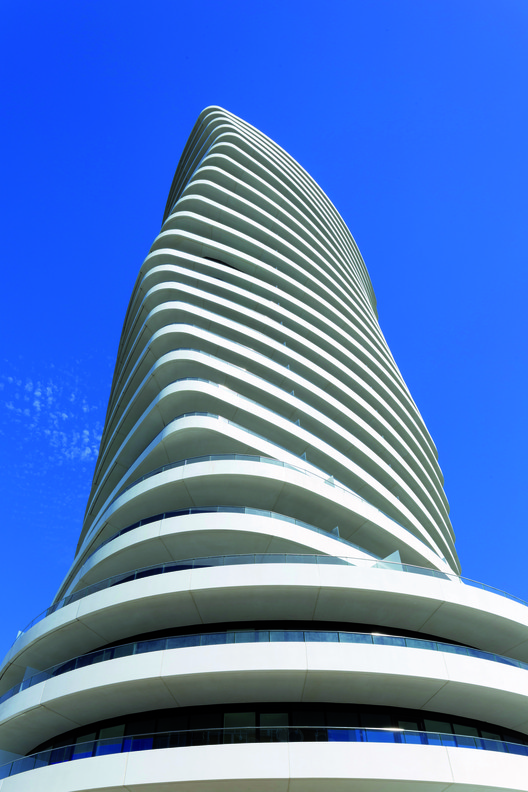 Text description provided by the architects. Award-winning architect, Patel Taylor, reveals its latest contribution to London’s riverscape, Lombard Wharf. Designed for Barratt London, the impressive development sits on one of the last remaining riverfront sites in the London Borough of Wandsworth, south London. The building, with a distinctive tear-drop shaped plan, appears to twist as it rises, thanks to subtle changes in the positioning of the white precast-concrete balconies. This creates a kinetic appearance which belies the use of repeating modules, giving the impression that the freestanding structure is carved out of stone.

Lombard Wharf is located on York Way, neighboring smart Battersea Square. The 28-story building comprises 134 one, two, and three-bedroom homes, alongside a newly planned footbridge and part of the Thames path. By creating an elegantly unusual form and opening up the surrounding area and public realm through an imaginative approach to landscape, the development has been praised by Wandsworth Council for its flattering and unique design. Unlike most riverside developments, Lombard Wharf does not have a discernible front or back. ‘Riverfront buildings have a propensity to face the water’, said Pankaj Patel, director at Patel Taylor. ‘We wanted Lombard Wharf to look equally attractive from every viewpoint, acting as a marker on the river whilst not turning its back onto the city.’

By giving the building a curved form, Patel Taylor has grounded it in its site, creating a sense of place. This is enhanced by the opening up of two adjacent railway arches, also part of the Patel Taylor scheme, one of them containing a workshop space and the other a pedestrian footpath, linking two sides of the railway line. “The creation of a new public plaza is at the heart of our vision, opening up a link from west to east.” said Pankaj, adding, “The dynamic form of the building grows from this public space, with a sculpted form twisting upwards to give panoramic views to all homes. The shape relates equally to landward and riverside vistas, becoming a legible marker to the proposed pedestrian footbridge northwards to Imperial Wharf and the focus at the threshold of this new London link.”

The wraparound balconies are ingeniously designed to rotate by two degrees maximising views from the residences. From a distance, they dominate the appearance of the building, creating a dynamic yet monolithic sculptural form signaling a point of significance in the landscape. At night, the building’s balcony fronts are lit with LED lighting, tracing its shape in the skyline. Ed McCoy, sales director of Barratt London, commented: “The distinctive and graceful design of the building, its location, and its proximity to Clapham Junction have made Lombard Wharf a popular choice for buyers looking to move into or invest in Battersea. The building is a great addition to this area of the riverside. 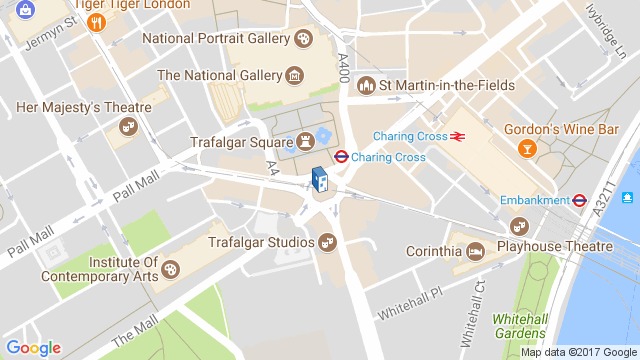