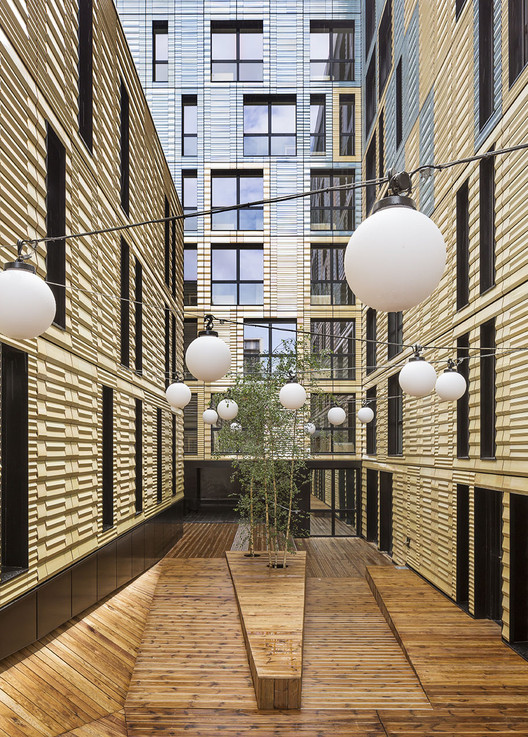 Text description provided by the architects. Design a new migrant workers home by following an environmental approach while compromising with an existing building such is the objective of this operation. Located at 13/15 Lorraine street to Paris 19th land crossing giving on the Crimée street. The plot is bounded by a modern 9 storey building in the northwest and a suburban Parisian building of 7 levels in the southeast. This new project includes 173 housing of Type T1 and T1 ' and a social restaurant of 500 flatware. The features of project lies in its construction phase which should include the partial occupation of the site by some residents. In this context of constraints: deadlines, phasing, environmental ambitions, programs, two buildings very degraded of 1979.

The choice is to compose with the existing, to densify the plot and to redefine the urban skyline of the building. Thus a building is preserved and restructured, the second is demolished to make way for a new construction containing lower parts implanted in the alignment of streets, so constituting a continuous urban front. This new density protects inside the plot a landscaped courtyard. All these constructions is unifed, any distinction between parts rehabilitated and new parts, by a homogenous facade design: an enamelled terra-cotta cladding which reacts to its environment by sending back iridescent reflections of sky and surrounding buildings.

The openings are declined in two types, organized in a rigorous and arranged in a random order frame, to erase any repetitive nature of the program: 173 housing T1. Inside each housing is composed by a functional wall with bathroom and kitchenette that provides open space and to offer each resident a friendly space, open to the outside. 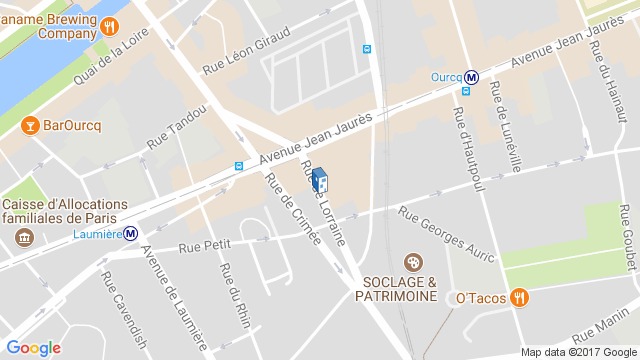