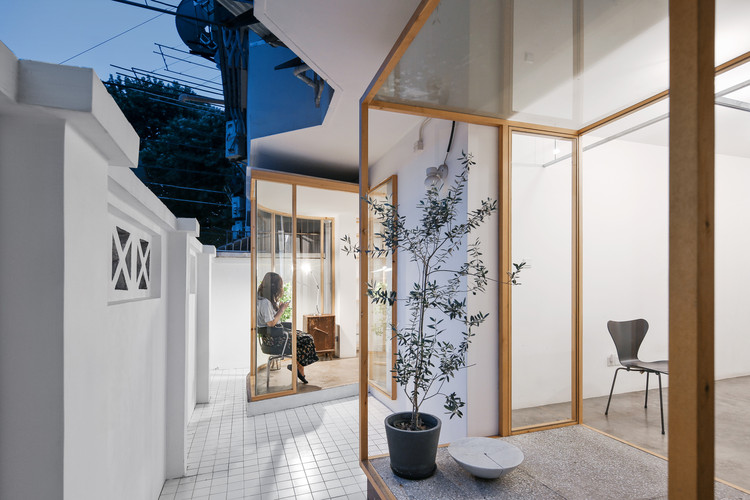 Find
In a modern city like Shanghai, Places of residence and places of work hardly ever coincide. As a newly established design practice, architects from Atelier Tao+C confronted a need of combining living and working in one place with low cost. On the ground floor of an anonymous 80s housing, we found a small residence with obsolete interior furnishings, the plot is narrow and long, measures 3.3 x 14.5 meters, with a backyard less than 6 sqm. We rent and transformed it into a studio. 8 months later, the room next door in similar layout which belongs to another owner was emptied out, we also rent it and connected with the former one by eliminating a wall in between the backyards. In the whole process, we seek to find a way to accommodate new possibilities of use and occupation, to make light touch and adjustments with humble materials, to maintain flexibility of interior space and grow along with the pattern of neighborhood, to shed light on the spatial strangeness found within mundane housing typologies.

Make
A living box made of MDF was inserted at the north end. It is compact - 3.6 x 1.7 meters - yet adequate and comfortable to live, in which the necessary functions - bed/shelves/hidden closet/table/reading lamp/window with operable panels/a seat nearby the window were elaborately combined together.

By compressing the living into such an object, leave us more flexible and changeable space for working. The space is articulated with a united shelf - track system which growing from the bedroom, wrapping around the light shaft, concealing the small kitchen and bathroom behind and extending toward the backyard. The pine shelves are grid in tongue and groove connection, the tracks are customized with zinc coated steel which works as light tunnel as well as playful tracks for sliding doors and curtains.

The size and depth of backyard became problematic, it's too small and too close to the road, we need to figure out a way to enlarge it without touching the walls and not losing indoor space which is already tight. We carried out with A hollow box with slim wood frames sitting half inside half outside, brought the backyard in and meanwhile allowed light to penetrate into the heart of room. It appears to be a bewildering space which is both outside-in and inside-out. The itinerary of moving from a solid serenity box to an open garden, resting at the negative space, reminiscing a familiar Asian space typology - Engawa. While the thin frames and glass also evoke an alien and surreal moment.

Half year later, the backyard went through a growing. The wall in between two yards was removed. Applied with the same material and language of the former box, a convex glass room extruded from the next residence. The two boxes- one open, one closed, formed a conversation in open air. The inside of next room was used as library and meeting room and installed with the same shelves and tracks. The route of walking through two residences in-out-in, is an experience of light and air.

The process of making, take form from inside and grow to the fabric of building, suggested a mode of dwelling and working in tune with the modern condition of changeability and transparency. 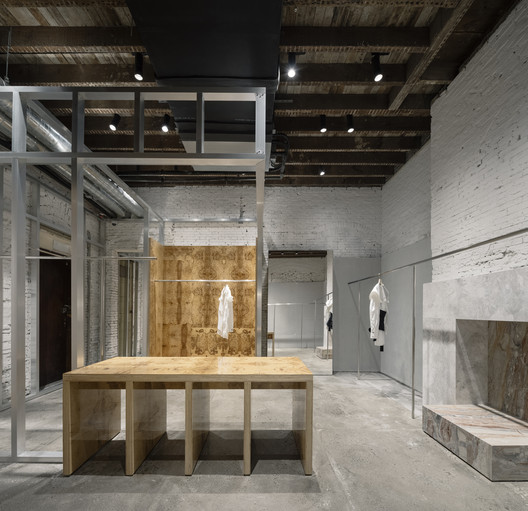 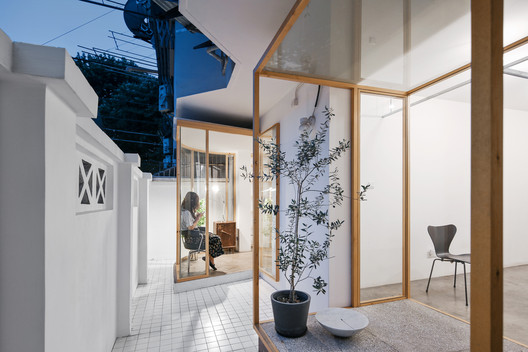