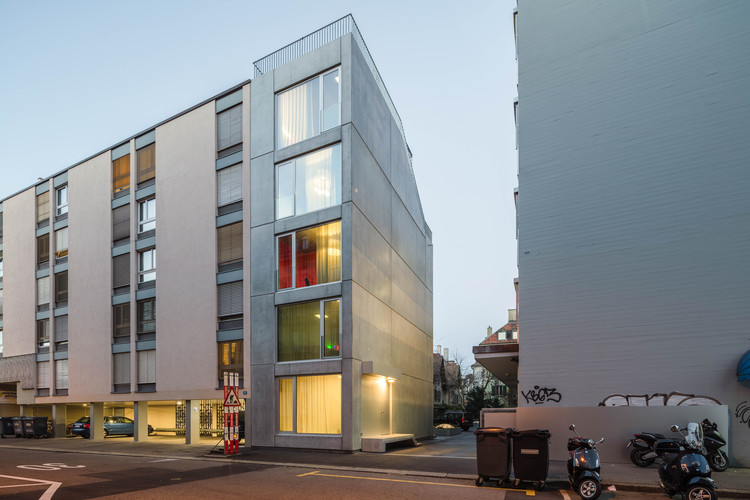 Text description provided by the architects. ELLI – Residential Building and Studio
The "ELLI" project is a prototype for individual inner-city redensification. In a commercially used courtyard area, a five-story residential building emerges, with a minimal footprint and a double underground floor with a spacious studio and event room. With a footprint of only around 5 by 10 meters, the new building has highly compact living space. At the same time as the construction of the residential building, a studio was also installed. For this purpose, the full courtyard was given an underground level and an extensive column-free space with large skylights was created.

The objective was to utilize the courtyard of a pre-existing office and commercial building in Zurich's District 4 as optimally as possible while practicing cost-efficient construction as a means to make the newly built space affordable to rent. The tall, slim, new structure inconspicuously nestles up to the adjoining residential building. Concrete elements, prefabricated using optimised production techniques, form the envelope of the new single-family house and characterize its architectural expression, both inside and out. Thus, the building is a kind of "building shell", which can be lived in without any compromises in terms of comfort or appearance. A "rough" aesthetic predominates, inside and out. The facade is characterized by the pattern of joints between the industrially manufactured concrete elements. Inside, a palette of various red hues brings out features that contrast with the grey color of the "béton brut".

The residential building, the studio and the pre-existing offices in the neighboring building represent combinable units that can react to changing conditions, in work, and in life, at any time. They supplement each other harmoniously, but can just as easily be used independently of each other. This environment flexibly adapts to current requirements, which guarantees sustainable and long-term usage of these new spaces. ELLI has won the 1st prize in the competition HÄUSER DES JAHRES (Houses of the Year) 2017, which is awarded by the Callwey publishing house and the Deutsches Architekturmuseum DAM. 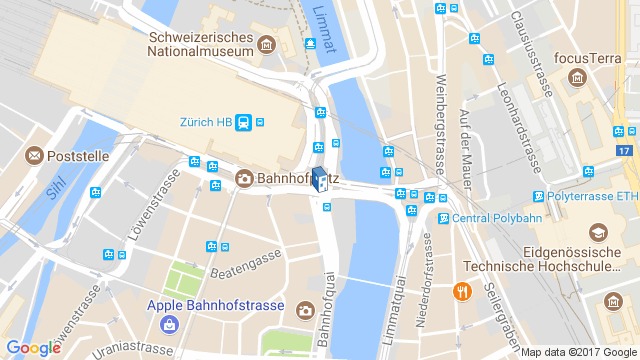