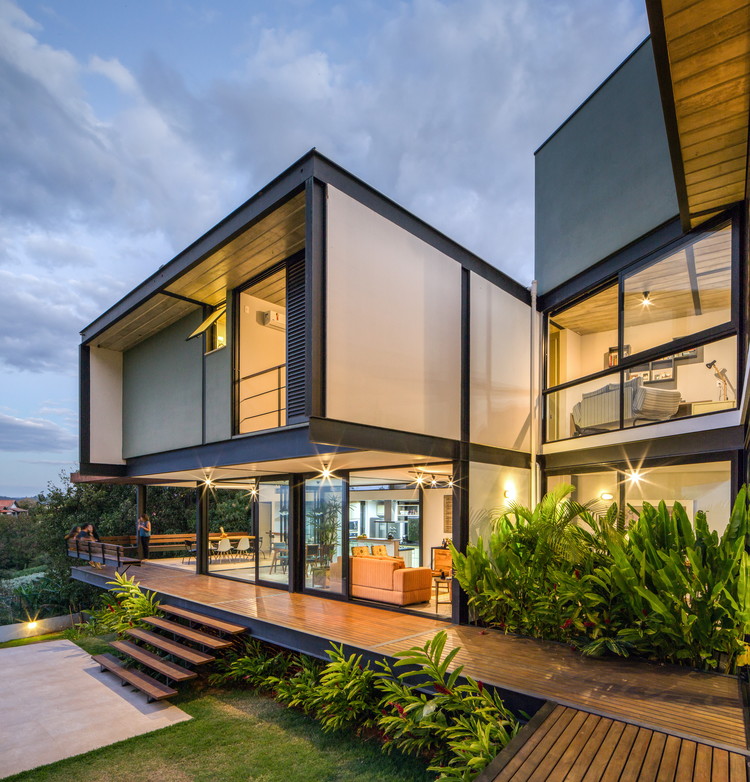 Text description provided by the architects. The project is situated in an area with beautiful vegetation to the rear in an environmental preservation area and located in the municipality of Campinas.

The sloping topography was organized through the execution of three plateaus in the center of the terrain between two large embankments in order to minimize the movement of land.

The house is arranged over three levels with the garage and the entrance on the intermediate level. Stairs lead to the intimate area located on the upper deck and to the convivial space below.

Two blocks of a metallic structure shelter the lower levels which are articulated by an inflection in the area of vertical circulation  turning the house towards the rural landscape and thus bringing the vegetation of the garden area to its interior while it partially divides the convivial area for a greater intimacy for the family.

A third block, made in structural masonry, houses the laundry, kitchen and barbecue areas where the latter two communicate directly with the convivial area, but at a slightly lower level.

The result was a lean construction, with compact and fluid spaces, but with a certain independence between them. On the ground floor the objective was to create the transparency necessary to communicate with the street on one side and the landscape on another.