Save
Richard Rogers: Architecture Is "A Place For All People"
Share
Or
Copy

The following is an extract from A Place for All People, a new semi-autobiographical manifesto by Lord Rogers. It is a mosaic of life, projects and ideas for a better society, ranging backwards and forwards over a long and creative life, integrating relationships, projects, stories, collaborations and polemics, with case studies, drawings and photographs.

A Place for All People

"Are you sitting down, old man?" Renzo Piano asked, when I picked up the phone (he is four years younger than me). I reassured him that I was. "We have won the Beaubourg competition," he explained. "The announcement is in Paris this evening. We have to be there but I can’t get away from Genoa; could the rest of you fly over from London?"

We hardly had time to digest the news, let alone prepare for the dramatic change in our working lives that it heralded. My mother, who was gardening at her Wimbledon house, cried with joy when I told her of the news. John Young, Ruthie and I dashed around London collecting partners and passports—we had so little work on that people weren’t coming into the office—and made it over to Paris just in time to join the celebration dinner on a bateau mouche on the Seine. Dressed variously in jeans, T-shirts, sneakers and miniskirts, and hardly speaking any French, we were catapulted into the cream of the French establishment where the women wore tiaras and evening dresses, and the men white ties, medals and sashes.

It was July 1971; we were in our twenties and thirties. Over the past seven years, we had designed houses, pavilions and small factories, but this was a project on an entirely different scale – a major public building in the heart of Paris. We had built so little, but with the confidence that naivety allows, we believed we could change the world.

The competition had been to design a cultural centre in a run-down inner city area, which would accommodate a library, an art gallery, and a centre for experimental music. We had responded with a design for a loose-fit, flexible structure, but at its heart was the public piazza, which would occupy half the site, and continue underneath the building and up it's façade, on escalators and walkways. This would not be a temple to high culture; rather, it would be what our submission called "a place for all people, the young and the old, the poor and the rich, all creeds and nationalities, a cross between the vitality of Times Square and the cultural richness of the British Museum," a place for two-way participation not passive consumption, a piece of urban infrastructure rather than a building, a project driven by social and political responsibility.

These were strong political statements, but architecture is inescapably social and political. I have always believed that there is more to architecture than architecture. The first line of my practice’s constitution states: "Architecture is inseparable from the social and economic values of the individuals who practise it and the society which sustains it."

Our best buildings do not just arise from the requirements of the client, but seek to answer broader social questions. The Pompidou Centre brought culture into the public domain. The Lloyd’s Building was designed as a flexible machine for a financial market place, but also as a carefully considered expression of those activities, designed both for the user and for the enjoyment of the passer-by. The Bordeaux Law Courts that we built in the 1990s rethought the purpose of judicial architecture; they were designed to draw the public in and explain the role of justice in society, as a school of law, not a citadel of crime and punishment. The Welsh Assembly Building, completed a few years later, does more than accommodate a legislature. The ground floor is essentially an indoor piazza for public use, with cafes, meeting spaces and a gallery that enables citizens to view the assembly chamber, where their representatives make decisions. The Leadenhall Building is a 50-storey-high skyscraper, the highest in the City of London when it was completed in 2014. The first seven storeys are given over to an open piazza with no walls, from which escalators carry you up to the reception.

Architecture creates shelter and transforms the ordinary. Architects are both scientists and artists, solving problems in three dimensions,using structure and materials to create scale and humanise space, capture the play of light and shadows, and make an aesthetic impact. From the primitive hut to the Athenian Agora, from medieval palace to city hall, from the street bench to the great piazza, architecture shapes our lives. Good architecture civilises and humanises, bad architecture brutalises.

But architecture also structures cities with buildings and public spaces, all the defining inventions of civilisation. Cities are where human beings first came together, where we evolved from social to political animals – from pack to polis. The first cities were refuges, offering safety in numbers in a hostile world, but they soon grew into something more complex and creative. City dwellers came together to exchange ideas and goods, for the meeting of friends and strangers, for discussion, argument, trade and collaboration. In 6,000 years (only 100 lifetimes), cities have transformed human history, providing the foundation for an astonishing burst of creativity and discovery.

Nearly four billion people live in cities today—half the world’s population and more people than lived on the entire planet in 1970—and the speed of urbanisation is accelerating. By 2050, cities are expected to house two-thirds of the world’s population; in 1900 they housed just 13 per cent. Meanwhile, the gulf between the rich and the poor is widening, threatening civilised values. Well-designed, compact and socially just, cities are fundamental to tackling inequality and climate change – the two most serious challenges our planet faces.

Architecture is social in another sense too. Apart from its impact, it is an inherently sociable activity, an exercise in collaboration. As an architect, I am not an abstract artist in front of a blank canvas, seeking the blinding flash of inspiration and creativity. Quite the opposite, my drawings are notoriously bad. We develop designs in a team, by questioning briefs, analysing context and constraint, considering social, physical and cultural impacts, defining problems and testing solutions.

I have always been happiest working in a group; from the first gang of friends that I gathered as a teenager, to the brilliant architects who I have worked with since. The dyslexia that made me so hopeless at school also spurred me on to find different ways of making things happen, depending on and supporting others, reflecting our human nature.

Architecture is enriched by the interplay between different disciplines, from sociology and philosophy, to engineering and horticulture, and most of all by the collaborations between an enlightened client, the community and a design team. These last few make ethical principles real, and their dynamism creates the most exciting moments and unexpected results.

This book is not an autobiography, though it draws on my life. I have always been more interested in ideas and dialogue than in narrative, in the visual rather than the written, in the present and the future rather than the past.

But, working on the exhibition Richard Rogers – Inside Out at the Royal Academy in the summer of 2013, I started to think about how my ideas, beliefs and values had been formed and influenced, by my colleagues, my family and my friends, and by the times I have lived through. I looked back at how they have found expression in my work, in completed projects and sketches, in public speeches and private conversations, in the way my architectural language has evolved, and the ways in which my architectural practice has grown.

This book goes deeper in exploring my ideas and talking about the people who have inspired my work and informed my beliefs – in people and fairness; in places and streets that are designed for people, for democracy and openness; in buildings that create beauty through the aesthetic fulfilment of needs; in cities that are compact, adaptable, sustainable and humane.

It gathers together relationships, projects, collaborations and arguments, interweaving stories with case studies, drawings and photographs. It can be read in a number of ways. It is a mosaic, open-ended, more like jazz improvisation than an elegant and polished symphony.

I hope this will give you something richer than a straightforward narrative; something that may inspire you to find your own ways of challenging and enhancing how we live on what remains a very small—and shrinking—planet. 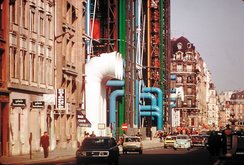 Richard Rogers: Architecture Is "A Place For All People"
Buy from
amazon.com 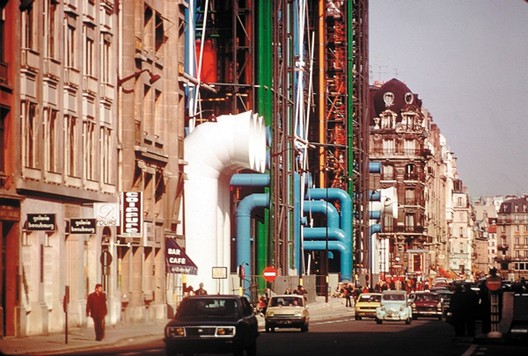