Save
Israeli Pavilion at the 2018 Venice Biennale to Explore the Idea of "Status Quo" Within Shared Holy Places
Presented by:

The Israeli Ministry of Culture have revealed In Statu Quo: Architecture of Negotiation as the theme of the Israeli Pavilion at the 2018 Venice Architecture Biennale. In the exhibition architects Ifat Finkelman, Deborah Pinto Fdeda, Oren Sagiv, and curator Tania Coen-Uzzielli, will examine "the complex mechanism of the 'Status Quo' within shared holy places in Israel-Palestine, which functions as an informal—if controversial and fragile—system of coexistence between rivals."

"In the geopolitical context of the Holy Land," the curatorial team argue, "the combination of historical events, myths, and traditions has created a multiplicity of places, sacred to competing groups of religions, communities and affiliations. These in turn," they argue, "have led to the formation of an extraordinary concentration of intricate spaces, fragmented and stratified both historically and physically." As a result, and through "a delicate web of political negotiations and agreements, [...] each place preserves its own ‘modus vivendi’ while maintaining a meticulously performed protocol of daily activities, arrangements and rituals."

LifeObject: Inside Israel's Pavilion at the 2016 Venice Biennale 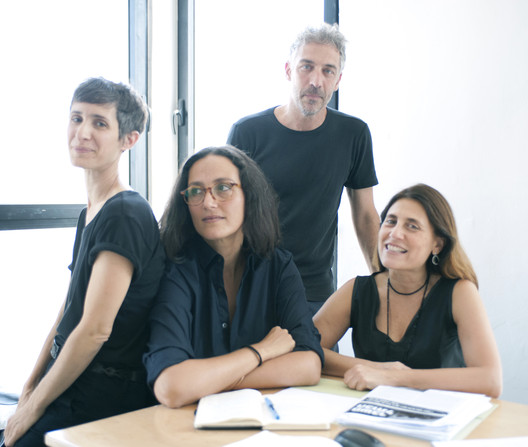