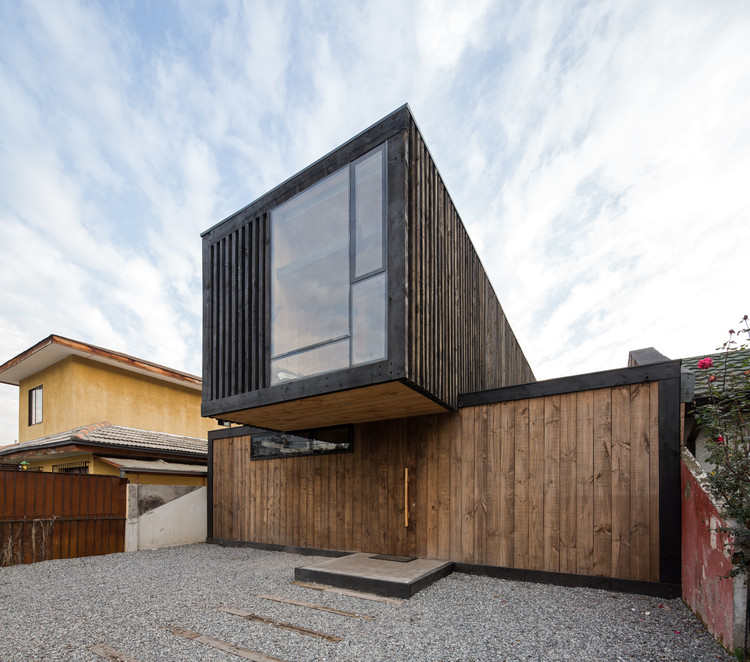 Text description provided by the architects. The residence is situated in a closed landscape. The application begins with the search for a deteriorating property that was located in the eastern wing, taking into account a low budget, both for the purchase of the property and for the intervention.

A few main factors were considered in the drawing, such as being able to provide capacity for 3 cars in the front yard (the original property had the capacity for only one car in this space), three dormitories, large common spaces and wood facades, protecting the residence in relation to security.

Originally the residence was one level, facing north, with the masonry structure. The challenge was to respect as much of existing structure as possible so we kept the reinforced concrete and some brick walls. The non-structural partitions were demolished and part of the main structure of the eastern wing of the existing residence where the facade was recessed and a front garden was created with space for three cars.

It was sought to create an integral functional area that was the center of the program where it would gain the greatest amount of space capacity to create the feeling of being in a large, lively space with a good exchange of air and lots of light. The residence arises around this space that was designed contemplating the kitchen, the dining and living rooms.

On the same level is incorporated the main bedroom with bathroom, guest bathroom, pantry and space with independent service access. On the first floor are two bedrooms with closet, a bathroom, office and terrace.

The connection between these dormitories takes place through a bridge that works with the space disorder of the common zone and creates openings for the access of the ground to the north from the superior level. In this place, openings are obtained in both facades (north and south) to grant cross ventilation with the first level.

The chosen materials reflect the story that one wishes to expose when living in the residence, to "feel out of the city" giving a modern rustic aspect, using mainly wood in treated and contrasting pins, concrete and glass are used.

The residence integrates the light, the space opening, the nobility of its materials and the minimalist / contemporary style in a space with limited resources, presenting a new way of inhabiting the daily space. 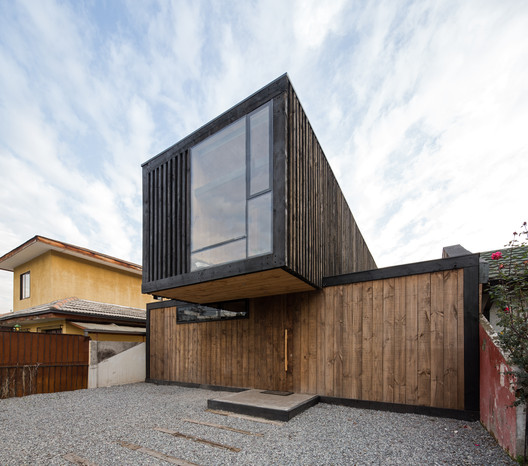