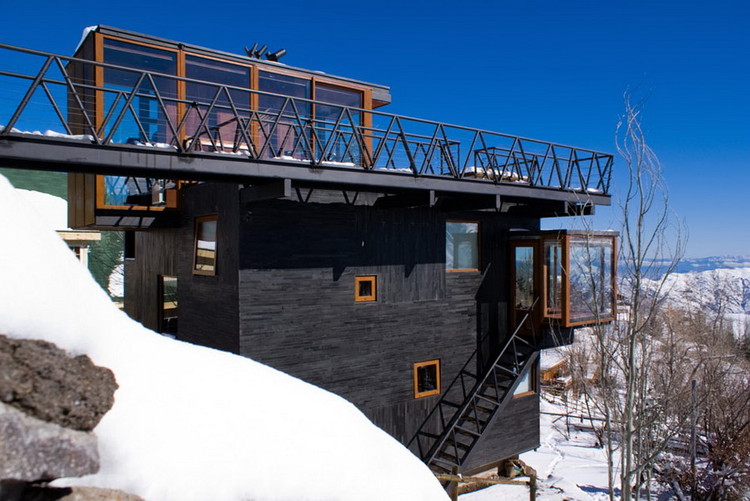 Text description provided by the architects. The site was an existing void in the middle of a slope, bound on two sides by magnificent old containment walls built of stone. These walls defined a level area of approximately 12x10mts, 7.5mts below the level of the road. A few scattered trees seemed significant, as vegetation is hard to find at 2000 mts high in the middle of The Andes Mountains.

The intense bright light reflected off the snow, together with the thermal loss through windows and walls are important aspects when building in the mountains. These conditions were something that the old mountain chalets, built in the town of Farellones during the 40's and 60's, took into account through small interior spaces and thick stonewalls with very small openings in their facades.

For designing this contemporary mountain refuge we proposed a monolithic volume of stone that partially fills the void left by the existing containment walls. Window openings are minimal and were placed so as to illuminate specific acts, or to frame certain parts of the surrounding landscape, keeping away the sight of the neighbours.

This simple stone cube is broken up by other elements that overhang from its perimeter, modifying the basic figure and giving it an orientation towards specific external features.

A horizontal window looking out to the main view across the valley below appears as another volume, which also serves a bench. A second transparent volume on top, serves as an access area that acts as a lamp during the night. Finally, a light steel walkway links the road with the upper level of the refuge.

The window of good weather for building at these altitudes is very narrow (6 months), so a rapid construction plan was required. We decided to build with a prefabricated steel frame structure that would reduce assembly time. This metal cage was then covered with different layers of insulation responding to specific needs; (much like the clothes of a mountain climber).

First, an interior plywood cladding for a warmer atmosphere in the inside, then a double thermal insulation within the steel structure, next a waterproof membrane, and finally an exterior cladding of black slate stone. This external finish resists well the harsh weather of extreme low temperatures, snow and rain. It also establishes a material link with the old stone refuges nearby.

Unlike the nearby existing structures, whose construction is now too expensive, here the stone doesn't take a structural role. This is accentuated by the vertical and horizontal position of the stone and by not letting the cladding touch the ground.

Mountain lodges normally receive more people than they can lodge, more mountain gear than they can store, more logs than they can burn, and the design had to foresee this situation. To take this into account the structure was divided into 3 independent floors. A first floor with 4 small bedrooms, a second floor with a common space with four areas for eating, playing, sitting and cooking, and a third floor for access and with enough space to store all that mountain equipment.

Maximum use of space in extreme weather conditions. 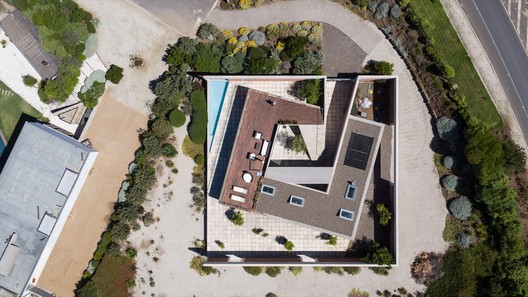