Save
The Icon / Jackson Clements Burrows 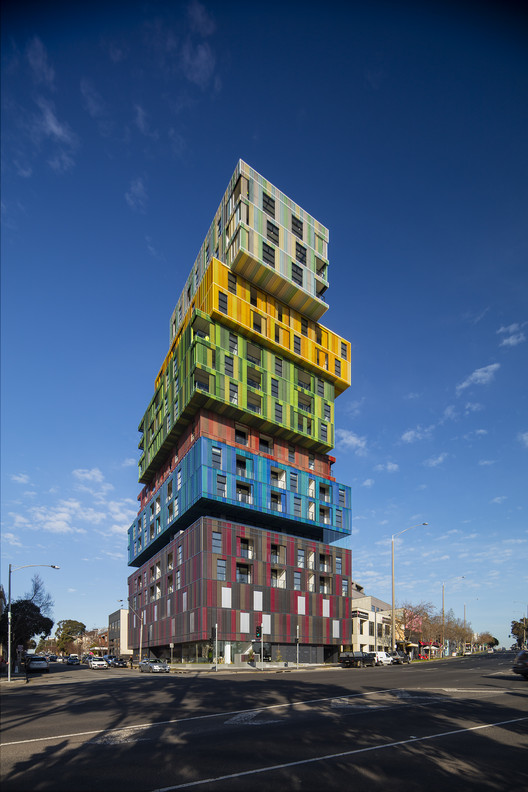 Text description provided by the architects. This 17-storey apartment building is located in a prominent position at St Kilda Junction, a busy intersection used by cars, trucks, buses, cyclists and trams. Skirted by an eclectic mix of built forms - medium and high-rise buildings, street signs and billboards - the site is best described as an area to “drive through”, a gateway to the popular tourism attractions of St Kilda, Luna Park and Melbourne’s bayside suburbs.

While the formal composition of The Icon recalls a child playing with building blocks for the first time, it is in fact a highly considered assemblage of irregularly stacked boxes. The varied heights of the boxes provide an abstract connection between the building and its surrounding built context within this highly urbanised setting.

On the lower levels, the blocks are arranged to engage directly with the heights of neighbouring buildings. The stacking effect resonates with the rising hillside of jumbled built forms directly to the south, providing datum points of reference from which future built forms can respond.

The expanded mesh façade, a collaboration between JCB and artist Matthew Johnson, comprises 40 different colours. Conceived as a “living skin”, the façade creates a moving dynamic when activated by the occupants while its translucent veil reveals the building envelope and living spaces behind. As the sun moves over the sky, each piece of metal changes color slightly, imbuing the building with a playful quality. At night the façade mesh glows, creating an engaging architectural form in the night skyline.

The resulting pattern suggests a collection of communities, a stack of color-coded individual ‘neighborhoods’, each being identifiable from a distance. This sense of urban community is also fostered through the inclusion of a generous communal space which breaks out to an open deck overlooking the parks and bay beyond.

The height of the building (17 levels) connects the north and south precincts of St Kilda Junction, while the taller buildings to the north (notably the Cadbury Schweppes building and the Marquisse apartment tower) become a trio of taller built urban forms providing a built form gateway to the city.

The massing is broken down by the irregular stacked box articulation. The rear of the building tapers away from its adjacent neighbors to limit overshadowing to the residential habitable rooftops immediately to the east and south-east.

The apartments have a 6-star energy rating with environmental features including operable shutters to filter the sunlight and individual waste chutes for recycled and general waste. 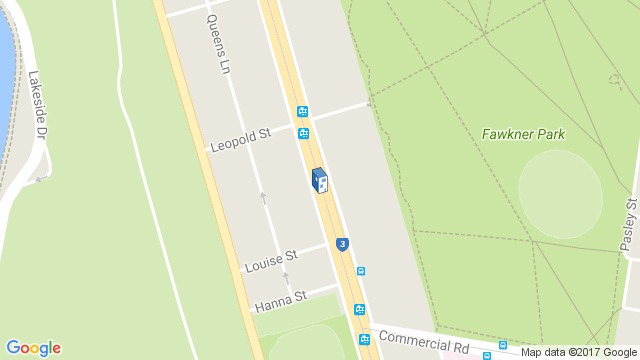