Earlier today, the UK Prime Minister Theresa May made her closing speech at the Conservative Party Conference in Manchester. In a speech which focused on the fallout of Brexit and the economy, May devoted considerable attention to the issue of the UK housing market, announcing a plan to add £2 billion to the government's existing £7 billion affordable housing fund—a fund which local governments, private housebuilders, and housing associations can apply to for grants to subsidize construction of affordable housing.

However, the Royal Institute of British Architects (RIBA) has strongly criticized the government's proposal, arguing that £2 billion will not be nearly enough to address the scale of the problem—by most estimates, the country is falling short of housing demand by hundreds of thousands of units annually, and house prices are increasingly out of reach for the young and the poor. In response, the RIBA argues for a much greater investment in social housing, highlighting its recent decision to award its Gold Medal to 20th Century social housing architect Neave Brown and stating that "we need a concerted program of public investment in new social housing across the country and that means spending a lot more than was announced today." Read on for RIBA President Ben Derbyshire's full statement:

Earlier this week the RIBA awarded Neave Brown the Royal Gold Medal, architecture’s highest accolade, for his outstanding work in building high-quality affordable housing, cherished by local communities. Social housing like this plays a vital role in ensuring that we have a society that works for everyone. While it’s good news that the Prime Minister has made fixing the housing crisis a central priority for the government, the extra £2 billion promised today just won’t meet the scale of investment needed to address decades of under-supply.

The government spends billions of pounds a year subsidizing private landlords because of a shortage of social housing. They need to dial up the approach and investment, moving beyond describing the problems and big rhetoric to delivering solutions and the investment that will make the difference. Warm words won’t put roofs over people’s heads; we need a concerted program of public investment in new social housing across the country and that means spending a lot more than was announced today. 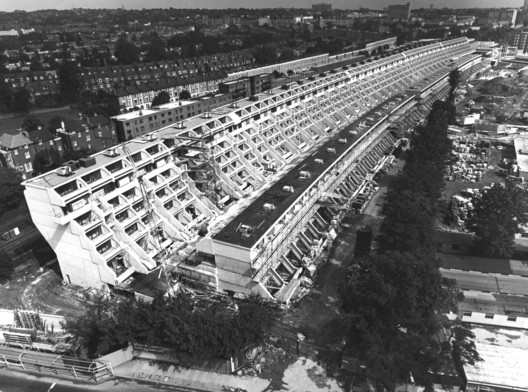