The 2017 MPavilion, designed by Rem Koolhaas and David Gianotten of OMA, has opened to the public in Melbourne’s Queen Victoria Gardens.

Inspired by the design of ancient amphitheatres and embedded into a raised landscape of native plantings, the project represents OMA’s first-ever completed project in Australia. The 19x19-meter, aluminum-clad structure will feature a rotating grandstand to allow the space to be reconfigured for the variety of events planned for the summer MPavilion program, as well as a two-meter-deep floating roof structure to offer shade and provide support systems for the programming below. 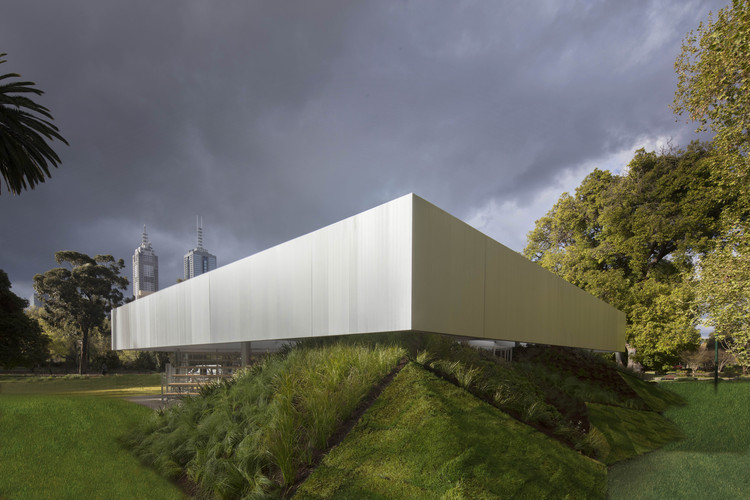 “Our design for MPavilion 2017 is intended to provoke all kinds of activities through its configurable nature and a materiality that relates to its direct surroundings,” commented Rem Koolhaas and David Gianotten. “We are happy that MPavilion can perform as a theatre of debate around the city and its development, and contribute to the ongoing civic discourse of Melbourne.”

“MPavilion 2017 will blend traditions and architecture of the past with innovative design elements of the present,” added Lord Mayor of Melbourne, Robert Doyle AC. “For thousands of years, people have attended amphitheatres to escape reality and lose themselves in entertainment, while the audio and visual elements of MPavilion 2017 will be particularly engaging.

“As the MPavilion project has evolved over the past four years, it is constantly finding new ways to involve our local designers as well as the broader community.”

MPavilion 2017 marks the fourth edition of the annual summer program established by the Naomi Milgrom Foundation with support from City of Melbourne, Victorian State Government through Creative Victoria and ANZ. Previous structures were designed by Bijoy Jain of Studio Mumbai (2016), Amanda Levete / AL_A (2015) and Sean Godsell (2014).

Learn more about the 2017 MPavilion and its planned events, here. 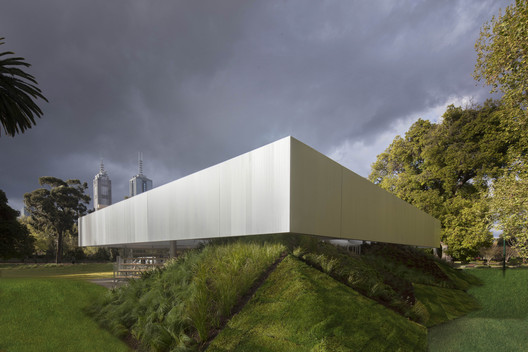