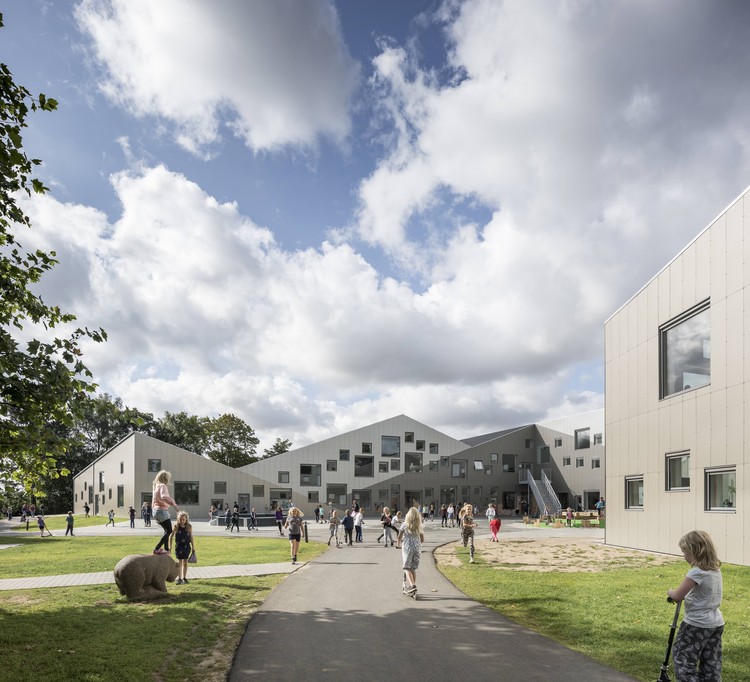 Text description provided by the architects. Skovbakken is a primary school for 650 students. The new building replaces an existing school and is in its scale, its architectonic expression and in its materials inspired by its surroundings: the neighbourhood and the public forest.

“The school is designed as a two-storey building inspired by the existing context. We decided to use pitched roofs and a human scale that ensures identification for the students and the inhabitants in Odder”, explains founding partner at CEBRA, Carsten Primdahl. He continues: “We have preserved as many of the original trees as possible as they convey a soft transition to the green surroundings. The few trees we had to cut down have been reused in the interior as furnishings. In addition, wooden sections accentuate all entrances and in the interior the striking staircase is also made of wood. In this way the physical contact with the architecture is communicated through the pleasant and stimulating material - wood", concludes Carsten Primdahl.

The experience of a welcoming school is emphasised in the school's layout as three structures which are oriented towards a central atrium, opening up to the surroundings and establishing many diverse and interesting landscaping and building spaces, both in the exterior and in the interior.

Focus On Exercise
The school has a special focus on exercise as a natural part of daily life. Thus, for example, the fire access routes in the common areas are designed as tracks for exercise, in each classroom there is an area designed specifically for physical activity and the school's multi-gym is directly linked to the school's common room, allowing the gym to be used as an active play and movement area during breaks. 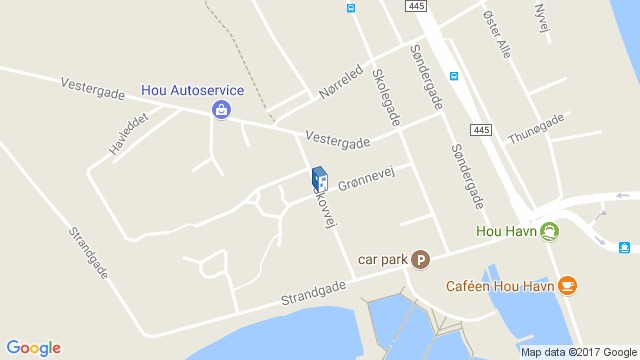 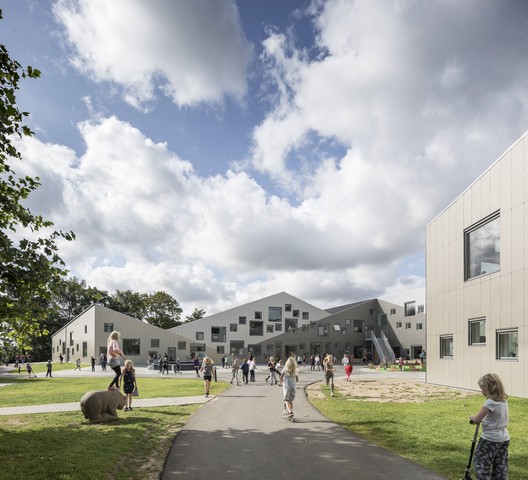