Save
Dutch Pavilion at the 2018 Venice Biennale to Explore Alternative Modes of Living, Work and Leisure
Presented by:

Het Nieuwe Instituut (HNI) have announced WORK, BODY, LEISURE as the theme of the Dutch Pavilion at the 2018 Venice Architecture Biennale. Envisioned as "a collaborative research endeavor by a national and international network," Marina Otero Verzier—head of the Research Department at HNI and a member of the After Belonging Agency, curatorial team behind the 2016 Oslo Architecture Triennale—will act as the creative mediator of a series of collaborative contributions, pooling the expertise of "architects, designers, knowledge institutions, and the private sector."

An open call has been launched to engage researchers and practitioners in the development and dissemination of "unconventional, critical ideas." Project proposals for the extended program of the Dutch Pavilion will be supported by a maximum budget of €50.000 ($60,000).

From New Babylon to Rotterdam Harbour The Netherlands is, arguably, a testing ground where the future of labor has been and continues to be reimagined.

According to the commissioners, the exhibition will address "the spatial configurations, living conditions, and notions of the human body engendered by disruptive changes in labor ethos and conditions" by fostering "new forms of creativity and responsibility within the architectural field in response to emerging technologies of automation." The project intends to "become a catalyst for a long-term global conversation on alternative modes of living, intersecting work, body and leisure, and building upon the long history of the Netherlands as a fertile ground for innovative architectural and societal visions."

"In addition to historical and present-day case studies of automated landscapes in the Netherlands, the project will analyze spatial arrangements and protocols that are molded for the interaction between man and machine; will explore spaces that challenge traditional distinctions between work and leisure; will address the ways in which evolving notions of labor have categorized and defined bodies at particular moments in time; and will discuss the legal, cultural, and technical infrastructures that enable their exploitation."

BLUE: Architecture of UN Peacekeeping Missions: Inside the Netherlands' Pavilion at the 2016 Venice Biennale

As part of ArchDaily's coverage of the 2016 Venice Biennale, we are presenting a series of articles written by the curators of the exhibitions and installations on show. After the collapse of the Soviet Union, and increasingly since 9/11 and the "War on Terror" that followed, warfare has moved into the city. 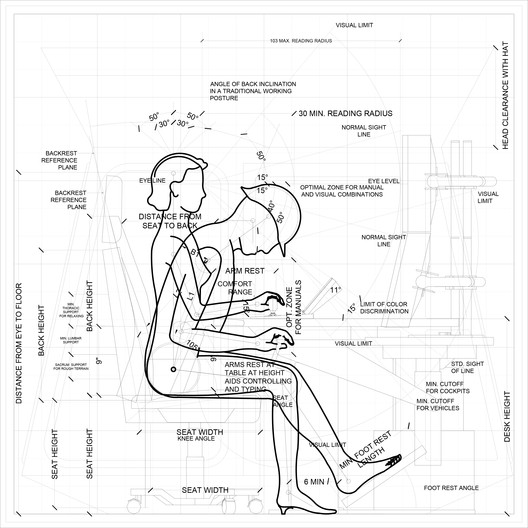