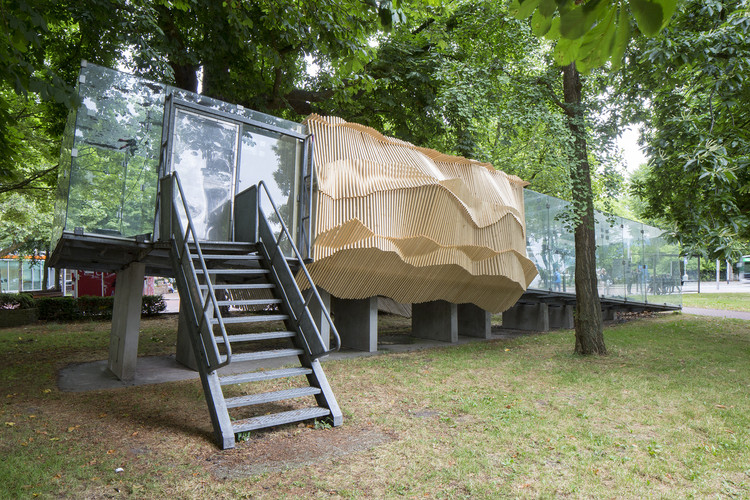 The Tschumi pavilion
The Tschumi pavilion was designed in 1990 by the architect Bernard Tschumi as part of a partially outdoor art exhibition held in the city of Groningen in the same year: the What a Wonderful World! Music Videos in Architecture manifestation. Now, 27 years later, the pavilion has indeed gradually accumulated an impressive portfolio as an urban public vitrine for all kinds of art projects.

In April 2017, however, the idea emerged of having the pavilion once again conceptually approached from a strictly architectural perspective. We – three students of the Groningen Academy of Architecture – gratefully took on this challenge, seizing the opportunity to deploy the pavilion in the capacity in which it was initially meant to be used: as an urban exploration site for a new societal phenomenon.

A new constant
We are in transition from an old constant – living in homes where most of the things in our lives happen – to a new constant – urban living with the city as the extension of our homes. This will allow people to live in smaller houses, while the quality of living will remain unchanged.Our design uses the Tschumi pavilion as a means of projecting the above-mentioned issues.

The Hereplein in the city of Groningen is a perfect example of a high-quality urban living area, which isn’t permanently used as such yet. Here, we have managed to create a spatial area both within as well as around its transparent pavilion, which doesn’t immediately seem to reveal what it contains. And that’s precisely what it’s also meant to symbolize. Because we would very much like you to use your own imagination in determining how you yourself would design the interior of this small space if it were your own!

Design
Though the structure itself is entirely made out of wooden slats cut in just two different lengths, its staggered design creates a dynamic whole. Each slat is attached to the next one with just one single screw, together, however, forming a solid self-supporting construction. The design thus, in fact, appears to be floating motionless around the glass pavilion. The exact positioning, as well as curving of the slats, were both determined during the construction phase itself. The ultimate appearance of the structure was thus developed while we were building it.

Experience
Due to its tilted floor, the Tschumi pavilion has a disorienting effect on its visitors. Upon entering this unusual pavilion, visitors are immediately taken out of their comfort zone and therefore easier able to think ‘outside the box’.

Our design aims to enhance this disorientation: visitors find themselves first shut off from the outside world and subsequently a little lost within a strange sloping space. After slowly getting used to where they are, they start focusing outwards again. They then discover they are in a space with all kinds of different sightlines and entering light rays. With a renewed view the city starts reappearing through the wooden shell again. 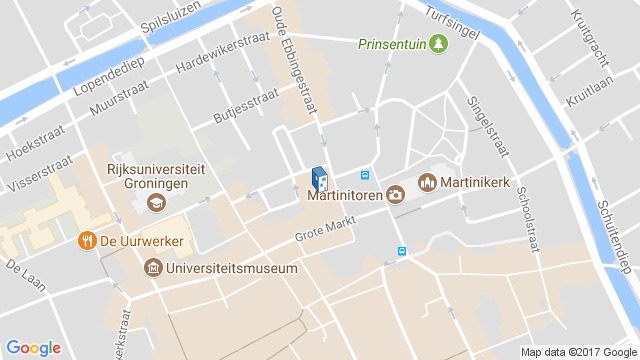 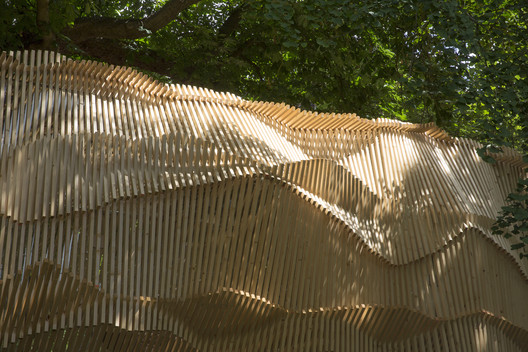 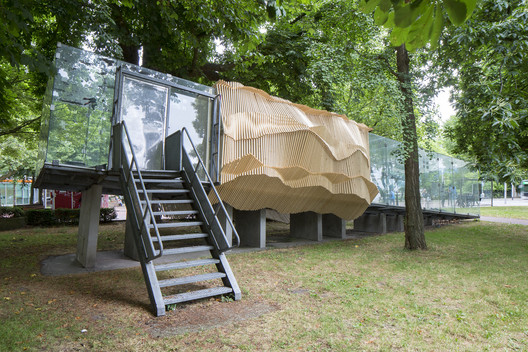