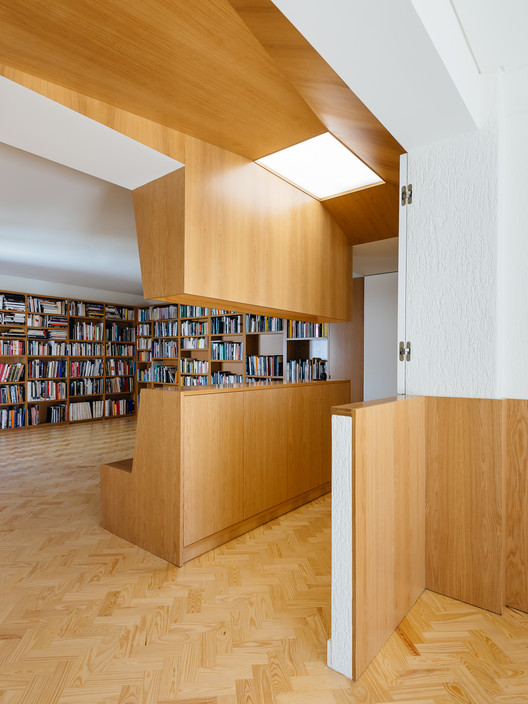 Text description provided by the architects. Located on Luciano Cordeiro in Lisbon, on the top floor of a 1970s building, the original apartment was characterized by poor construction and spatial quality. In particular, the corridor that organizes the entire housing program was too long and dim. With this awareness, the client’s commission focused on creating an office plus a library for its vast collection of books and to rehabilitate the corridor as a key element to solve the diptych workspace + housing space. After the intervention, new elements appear such as the central furniture to put books, which simultaneously serves as a bench for the library, a light table and a cabinet, dividing and generating the space around it.

The distance, both physical and psychological, between these two distinct programs is easily mistaken as a problem of separation. In this case, it is compatibilization we sought, achieved through the creation of buffer zones punctuated by light wells and the use of different materials for the floor, which alternates between the softness of the pinewood and the resistance of the lioz marble. The emphasis given to the library, along with the abundance of light in the corridor and the recreation of the same pattern for different materials on the floor, suggest the dilution of two types of usage. In this way, we are faced with the articulation of their multiple narratives and different levels of intimacy – so that the corridor can be the space for the grandchild to ride a tricycle and, at the same time, the shortest commute to work. 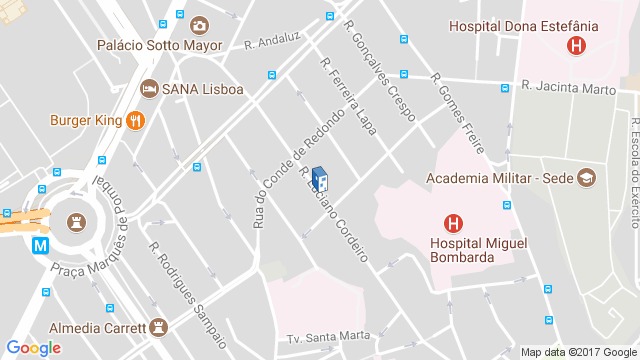