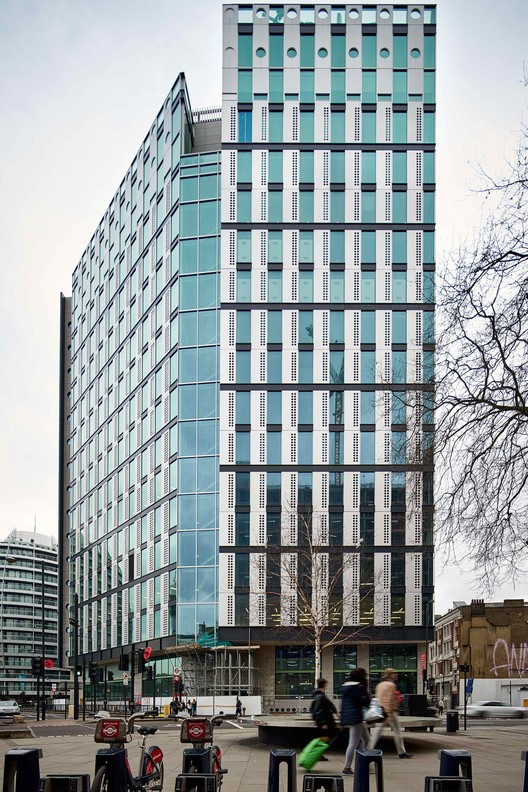 Text description provided by the architects. White Collar Factory is a complex of six buildings at Old Street Yard, which includes offices, studios, incubator space, restaurants and apartments, set around a new area of public realm, with a sixteen-storey tower topped by a 150m rooftop running track. Together, these 27,200 sqm buildings provide a bold new marker for Old Street as well as creating a new, more permeable section of the city that references the alleys and passageways of the historic urban grain.

The mixed-use development is the culmination of an eight-year research project led by AHMM director Simon Allford and Simon Silver and Paul Williams, directors of developer Derwent London, working in collaboration with engineering firms AKT II and Arup. This research analysed why 19th century warehouses and factory buildings have enjoyed such longevity, and how these structures could inform and inspire a sustainable development. It identified five key elements: high ceilings, deep plans, simple passive façades, concrete structure, and smart servicing, which were to become the driving principles behind White Collar Factory.

AHMM drew inspiration for the new build tower from the work of French designer Jean Prouvé, whose design ethos was led by logic, balance and purity.

Designed to achieve more with less, the pragmatic, hard-working design of the tower is guided by the principles that nothing needs to be added, nothing can be taken away, and every element performs one or more function.

The architecture of the new tower utilises concrete in several ways. As well as forming the structure, the concrete provides the thermal mass, carries embedded cold water pipes and creates a highly expressive finish both inside and out. Board-shuttered concrete wraps the building at pavement level. Above, glazing is interspersed with metal panels punched with ‘portholes’, and banded with anodised aluminium panels. The building envelope extends above the roof height to protect the 150m rooftop running track. An inner screen of cedar shields the roof plant and 16th floor bar. In contrast, the lower rise buildings have a range of brick elevation treatments but are unified by a common modular plant enclosure at roof level.

The building is intended to be ‘loose-fit’, allowing for maximum flexibility, adaptability and longevity. For the tower interior fit-out, AHMM designed the space on the principle of one person per 8sqm in servicing, and one to 6sqm in fire. Each floor can accommodate either one or two tenant companies as required. Having previously created an reconfigurable, mobile furniture system called Jack, AHMM has adapted it for The Office Group, which occupies the first three floors.

Conceived to withstand the likely impacts of climate change, White Collar Factory maximises passive systems with the radiant concrete slab providing heating and cooling via a bespoke ‘Concrete Core Cooling’ system. Glazing varies in response to the orientation of the tower with most to the north, less to the east and west, and least to the south. Openable windows enable 70% natural ventilation of the floor plate, allowing the user to be in full control of their own environment. A two-level cycle hub encourages sustainable travel with space for nearly 300 bikes in the basement. The development is rated EPC A, BREEAM Outstanding and LEED Platinum.

The project has floors of 53m x 41m with a 3.45m floor-to-ceiling height – and was between 15-20% cheaper to build than the equivalent standard building. Through the intelligent use of passive servicing, the development is also expected to provide a 10-33% reduction in operational energy costs per annum (dependent on tenant fit-out approach) and 25% reduction in operational carbon emissions over a typical office building.

Prior to construction, in a unique move which involved considerable financial investment, the team created a £1million prototype. A 325sqm slice of White Collar Factory jacked up on stilts was set up on site in 2013 and tested over a period of 12 months. The results of this research informed the final building design, proved the theories beyond any reasonable doubt, and enabled buy-in from the market which has resulted in a full roster of tenants from the outset.

In addition to the 22,900 sqm new tower, the development comprises two retained and refurbished properties plus three new infill buildings to the south of the site. These smaller, 4-5 storey buildings knit together the previously fragmented city block and provide a diverse campus of incubator workplace, restaurant, retail and nine residential apartments. Designed in collaboration with landscape architect BBUK, the campus is arranged around a new public square, Old Street Yard, with wider pavements at the perimeter, creating a vibrant new piece of city for London. 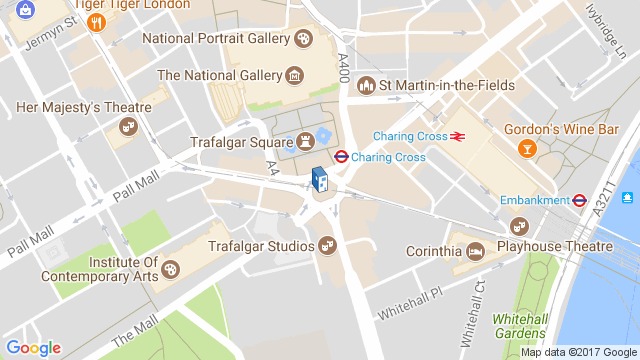