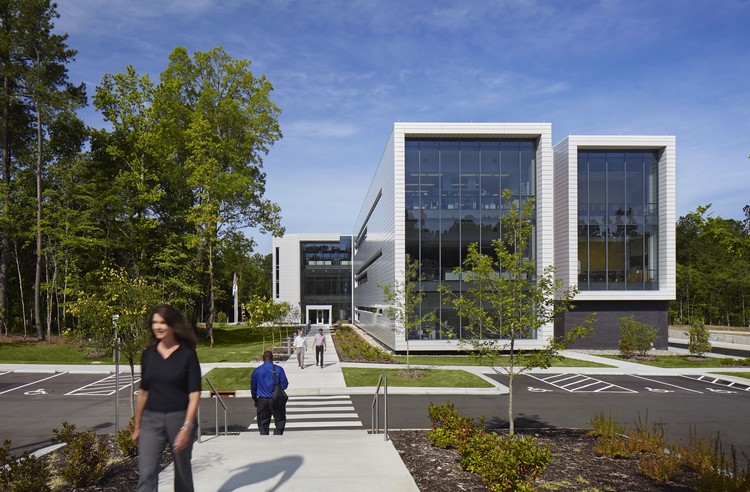 Text description provided by the architects. Located in a dense hilly forest on a narrow peninsula of land, the Bioprocess Innovation Center responds to the rich topography as it weaves together building and landscape. The existing landforms are preserved and reinforced through terraced parking with a public path that steps down the hillside. The design organizes along the path and is comprised of a series of sliding tubes that float above the forest floor as they frame views into the landscape and connect the occupants with nature. The design fosters collaboration as the path transitions into a collaborative walkway inside with multiple types of gathering spaces.

Integrated A/E firm Clark Nexsen provided all architecture and engineering design services. The design responds to the existing landscape to develop a composition which actively engages and unites the built forms with nature. A narrow peninsula of land formed by two small creeks provided the opportunity to orient the building along the peninsula’s east west spine as it rests upon the relatively flat grade and can capitalize on the south facing orientation. The parking lot engages the sloping topography through terraced levels which transition to a stepped pathway.

Inspired by the qualities of transparency produced as natural light filters through the layers of a deciduous forest, the building’s form reflects the overlapping qualities in its geometry and formal composition. The form is also a clear expression of the building’s program organized into three principal bars:  a laboratory bar, an administrative bar and a public space bar. These three forms along with the internal planes and volumes overlap and extend past one another evoking the forest’s transparent qualities. Each of the bars are clad in a unique skin which is sliced and carved at the ends to create spaces for research and collaboration.

The project re-conceptualizes the role of a research laboratory building as a “home for a team of scientists.” The project fosters a strong sense of community, despite the isolated suburban setting. A central public path runs from the terraced parking through the two-story entrance and lobby space where scientists mingle, then back into nature on a west facing outdoor terrace with views of the setting sun. The path is lined by a single alley of trees with benches and connects people to both nature and to one another as they interact along the path. The entrance lobby is an active living space which encourages collaboration through shared multilevel meeting spaces. 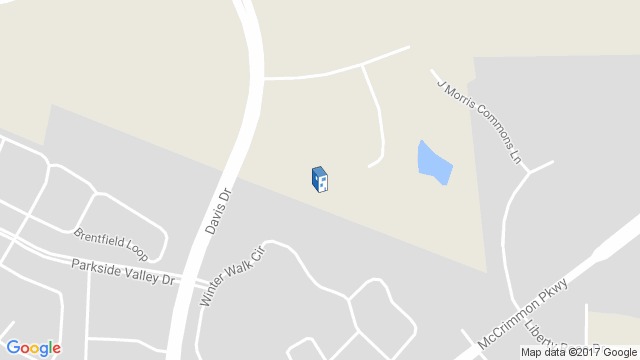 Location to be used only as a reference. It could indicate city/country but not exact address.
Share
Or
Copy
About this office
Clark Nexsen
Office
••• 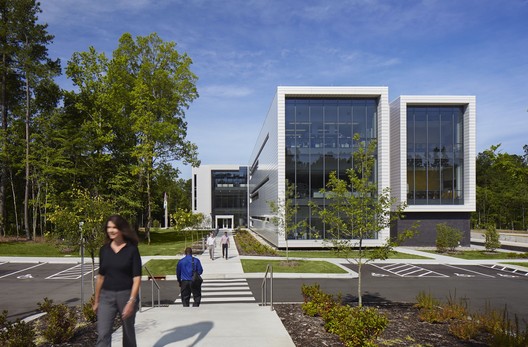