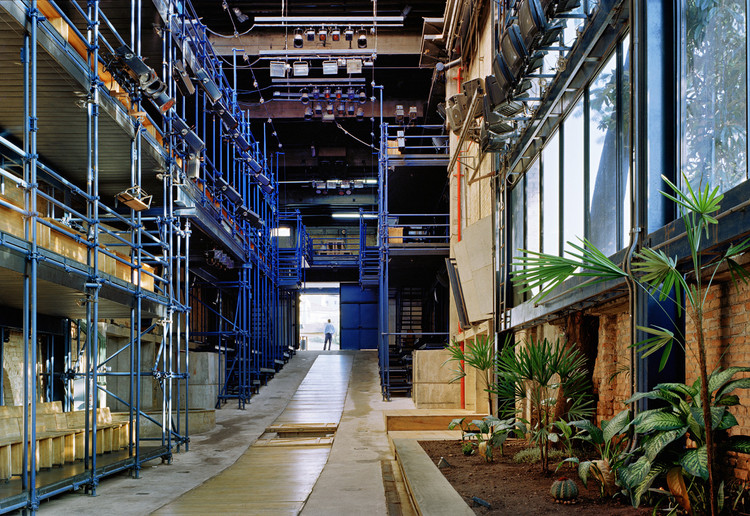 In 1958, a group of students from the San Francisco Lake arches, among them Renato Borgi and Jose Celso Martinez Correa, decided to rent the New Comedians Theater from a Spiritualist group in order to install their theater company at 520 Jaceguai Street. a time of social progressives, the construction of Brasilia, criticism of the American [US] way of life, and readings of the likes of Russian authors and Brecht.

Joaquim Guedes, who created the "sandwich" theater with two front-to-front separated by the central audience stage, remained during this first phase of the company. In 1966 a fire completely destroyed the theater. [1]

Until 1966, the theater had an arena format, with two blocks of audiences seating facing one another. Its stage and scenic space was transformed during the renovation following the fire.

In 1981, the theater was given protected status by the historical heritage office CONDEPHAAT, after a precarious period of time. The historical importance of the art of the National Theater-since it was the scene of numerous transformations in the art scene-was reminiscent of a trait in traditionalism, provoking a new moment in Brazilian theater. According to Elito [trans.]:

Leading into the 1990s, the theater underwent a new process of reform led by the Italian-Brazilian architect Lina Bo Bardi in partnership with the architect Edson Elito. This period of reform took place until 1989 and, due to some interruptions in the process, was eventually completed in 1994.

In this new project, the central idea behind the new architecture was related to its territorial context. Here, the "Street" seems to invade the scenic stage space, promoting a democratic theater by the nature of the hybridity of its programmatic structure.

As a result, the theater develops through a "land strip," conforming to the central footbridge - about 1.5 meters wide on wooden planks and extending 50 meters in length between the front and back access. This directly approached the idea of ​​"Street," marking the axis of the show and de-fragmenting the boundaries between the stage and the audience. The architects conceived of a surprising element: a waterfall, composed of a system that flows into the mirror of water.

The public audience is positioned in lateral galleries installed on slender collapsible structures, built of tubular steel profiles. This provided the audience with up to 350 seats distributed on four different levels. In this configuration, the public has become part of the stage; there are no barriers between the different areas, as in conventional theaters.

Throughout the project, Lina Bo Bardi appropriated different resources and spatial ideas in a laboratory of experimentation, seeking to reaffirm the idea of ​​an approximation between culture and symbolism in architecture. In the case of the Theater Office, the central idea attempts to connect the building to the city through the idea of ​​a "Street" connecting the spaces by the demarcated axis and its dilutions between stage and audience, thus reinforcing the core ideology of the building .

Here, the architecture is seeking to rescue the role of Man to Space, so that the spatial disposition seeks to instil some restlessness in the viewer. As a result, they are required to seek new points of view to the performance. Perhaps, therefore, it is interesting to note that the constructed space by Lina seeks to deconstruct the possible direct reasoning common to the spectacle, while the architecture allows the spectator to conceive their own logic, participating indirectly in a type of theatrical expression.

The project also has some features that promote thermal comfort, because through simple solutions—such as openings on the ground level and wind exhausts on the roof—, there is air circulation through the so-called stack effect, in addition to materials that allow properties acoustic and luminotechnical quality.

Featuring concrete elements locking and bracing the slender, unaltered brick walls, and a 13 meters-height ceiling, the lateral walls were superimposed on the new metal structures and sheltering new spaces, such as the technical areas, toilets, dressing rooms, and warehouses.

Moreover, among the remains of the construction stage, it is possible to notice the presence of full arches as a symbol of a historical manifestation in the building.

The new metal structures are responsible for supporting the roof loads and that of the lateral and back mezzanine. The mixed construction system also allows the beams and metal pillars to be joined together with collapsible metal tubular parts, becoming one single structure.

The metallic roof also has a partial sliding system that helps in the circulation of the winds, and yet allows another possibility of communication with the external area between the sky and the treetops.

On one side, there are still large glass panels that allow to poetically approach the internal and external areas. Lina and Edson still introduce a series of plant elements over the internal space, as in a flower bed, for example, defragmenting the limits of the territory. Sometimes indoor; sometimes outdoor.

The natural elements and the Brazilian "tropical" atmosphere, loved by Lina, are incorporated into the project in a harmonious way, helping to conceive the building in a poetic and technical way, so that air, water, and vegetation permeates the space. The remnants of history punctuates the presence of the old materialities on the walls of the building.

The idea that emerged from Lina's particular world view, especially from her observations of territory, manifested in other of her works, sought to reaffirm the fine line between space and man in a harmonious and flexible way. 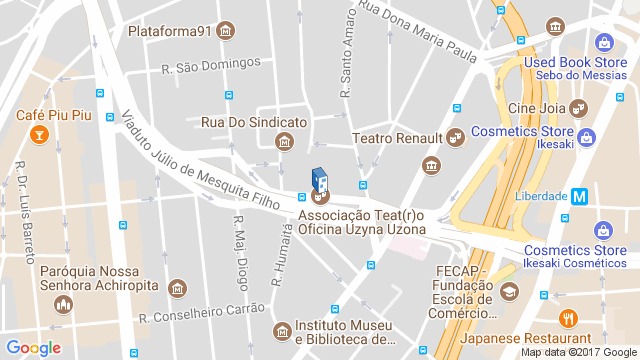