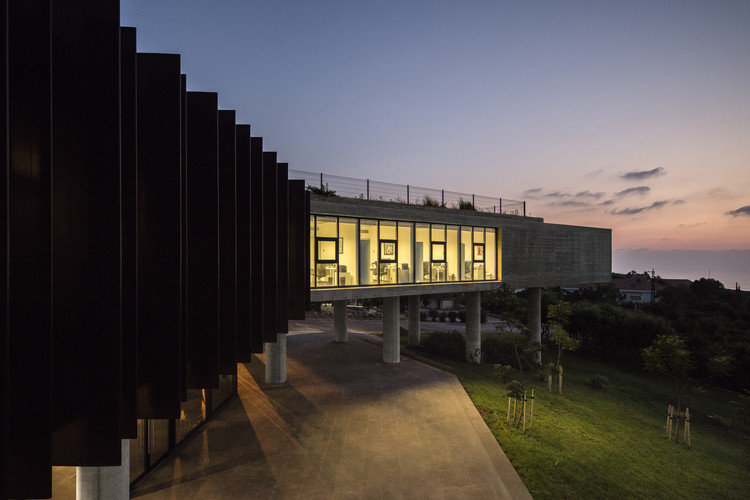 Text description provided by the architects. CASID is a recent addition to the existing and firmly rooted fabric of the University of Balamand. It creates a forum for cultural, intellectual, and religious exchange; and aims to embody the progressive ethos of the University, fortifying its role as a nexus for excellence in education, thought, and dialogue within the Arab world.

Located on a gently sloping site with an unobstructed view of a walnut grove, the campus in the foreground, and the Mediterranean Sea beyond, the design of CASID evolved from the concept of dialogue. Dialogue with its immediate site, architectural heritage, and wider cultural context of Al Kurah and Lebanon.

The building aims to engage faculty, students and visitors alike, be a non-authoritarian accessible platform for cultural and intellectual exchange, and offer a progressive image of Arabs to the world.

A modern interpretation of the traditional courtyard buildings of the Levant, CASID is not a fort like structure. On the contrary, it knits itself into the site, opens to all its surroundings, and engages with them. A forum for the entire campus, it opens up towards the West symbolizing its role as a vehicle for intercultural dialogue. Access to the building is provided from all sides and respective levels of streets and landscape around, further symbolizing its role as a nexus of exchange accessible to all. The eastern part of the building roots itself into the landscape, and is built perpendicular to it, reflecting how traditional Levant architecture deals with construction on a slope. The western part hovers heroically creating the main entrance aligned to the street while embodying the aspirations Arabs must have for the future. The southern part acts as a natural extension to the landscape itself.

The roof is seen as the fifth elevation clearly visible from the hills around, and therefore developed into an accessible green roof preserving the planted heritage of the site and providing another public space with unparalleled views.

The materials pallet chosen for CASID is simple and precise. In addition to clear glass, used critically where the building touches the sloping site allowing continuity between in and out, rough shuttered reinforced concrete - ‘Beton Brut’, the indigenous building material of the day in this part of the world - is used for the structure and envelope. Non-structural walls and suspended ceilings are painted white. Floors, in and out, are honed Basalt. Façades exposed to the western sun have aluminium sun baffles articulated in both spacing and size as a modern and abstract interpretation of Arabesque – itself a play on the size and rotation of geometric forms.

By applying a stringent design process, void of stylistic preoccupations, Fouad Samara Architects (FSA) have aspired to create an indigenous piece of architecture that precisely responds to the use of the building, its site, and the cultural message it wants to send out. In defining this aspiration, CASID becomes an objective and honest translation of that. 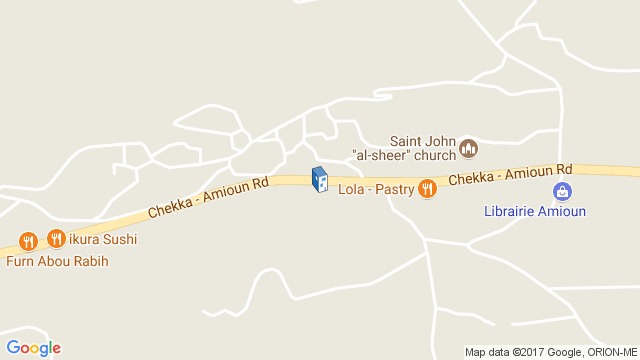 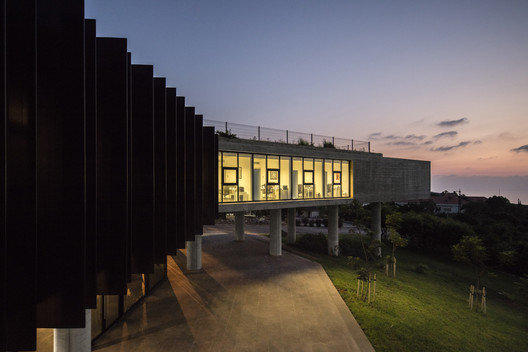