Studio Gang’s innovative fire station and training facility Fire Rescue 2 has topped out in the Brooklyn neighborhood of Brownsville. A little more than year since construction on the 21,000-square-foot facility began, all of its major concrete elements are now in place, with the red glazed terracotta panels surrounding the building’s opening next to be installed. 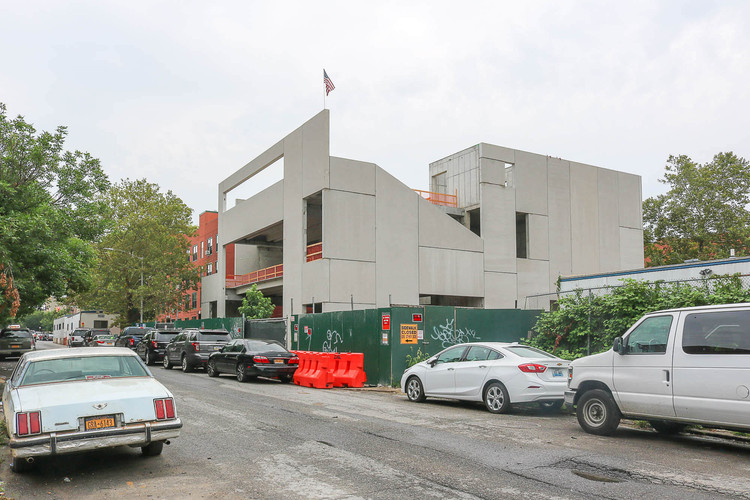 The station has been envisioned as a community hub, where firefighters are able to see and be seen from the street as they complete their training exercises on an emergency simulation course made up of balconies, stairs and ladders. The building will also feature state-of-the-art climate control techniques, including a green roof and a geothermal system that tunnels 500 feet into the ground.

“The rescue company is trained to respond to various emergency scenarios, from fire and building collapses to water rescues and scuba operations. During these emergencies, rescuers must often utilize voids in buildings, whether creating them to let heat and smoke out of a structure or locating them as a means of escape,” Studio Gang explain on their website.

“To enhance the company’s training, the new facility is organized around a large interior void, a space that extends from the ground to roof level. The void enables the team to practice rescue scenarios that mimic conditions common to the city, using its height and associated elements of balconies, bridge, doorways, ladders, and stairs. At the same time, it introduces natural light and fresh air deep into the living quarters, improving the quality of everyday life within the building.”

The $32 million project is being funded through New York’s Department of Design and Construction, and is expected to be completed by summer 2018.

Studio Gang has designed a new training facility - Fire Rescue 2 - for New York's elite FDNY Company 2. Planned to be built on a Brownsville site in Brooklyn by 2017, the station uses voids as an architectural element that helps the fire team better stage and simulate emergency situations, while bringing natural light and fresh air deep into the building. 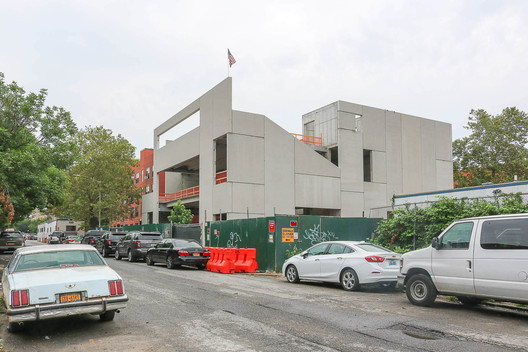