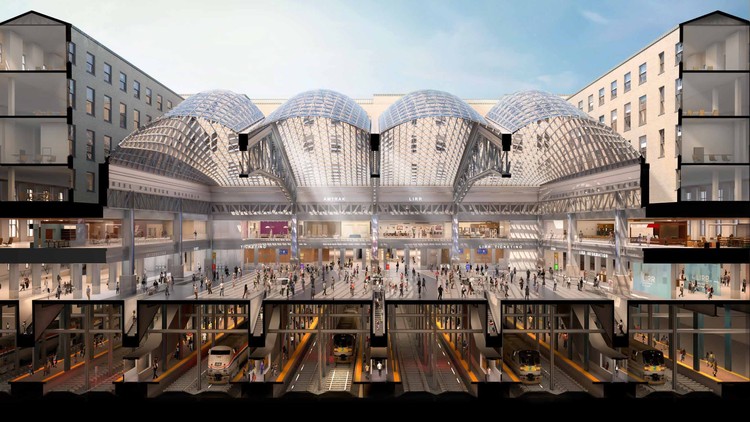 "For decades, passengers were promised a world-class train hall worthy of New York - today, we are delivering on that promise and turning that dream into a reality," said Governor Cuomo. "We are transforming the Farley Post Office into a state-of-the-art transit hub to get travelers where they need to go faster and more comfortably. With better access to trains and subways, vibrant retail and business opportunities and stunning architectural design, we are bringing Penn Station into the 21st century."

Designed by SOM, the renovation will feature a new 92-foot-tall skylight located within the center of the Beaux Arts building (designed by McKim, Mead and White). The train hall will service nine platforms with 17 tracks. New renderings released with the announcement show the connection between the above- and below-ground areas, as well as a look how the building will look from the street.

While demolition and preparatory work on the project began in September of last year, construction will now begin full speed ahead on the $1.6 billion project, with a completion date targeted for 2020.

Read more about the project, here.

New York City's fast-tracked Penn Station transformation project is moving forward, as Governor Andrew Cuomo has announced the closing of the $1.6 billion deal to redevelop a large section of the James A. Farley Post Office into the new "Moynihan Train Hall." 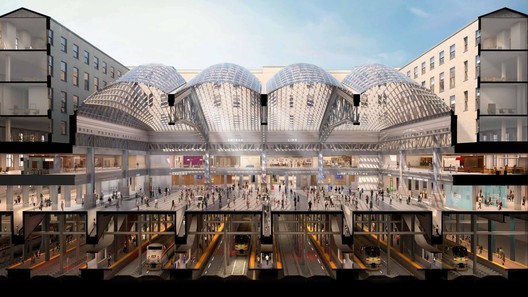