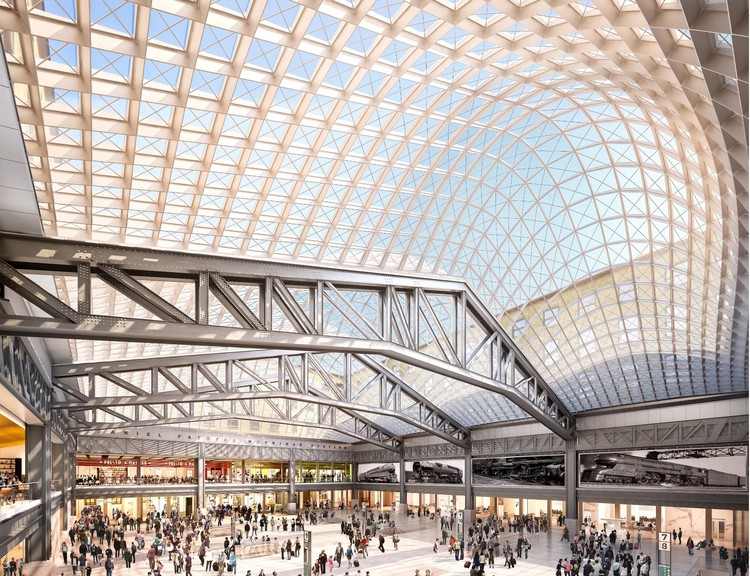 "Fifty years after the loss of the original Penn Station structure, passengers will once again experience a world-class rail hub worthy of New York," Governor Cuomo said. "The Farley Building’s Moynihan Train Hall is two decades in the making, and we are proud that this project is finally a reality. With better access to trains and subways and state-of-the-art infrastructure, the Moynihan Train Hall seamlessly joins history, architectural design and function, bringing the nation’s busiest rail station into the 21st century."

Designed by original Penn Station architects McKim, Mead and White as a sister to the grand train hall, the Farley Building will see its core turned into a light-filled train hall meant to evoke evoke the look and feel of its long-demolished partner. New renderings released with the news show the 92-foot-high skylight that will be built above the building’s historic steel trusses. Along access to Amtrak and LIRR platforms, the train hall will provide direct connections to the Eight Avenue Subway, and will create an entrance on 9th Avenue for the first time, bringing visitors to within a few blocks of the ongoing Hudson Yards megadevelopment.

Other upgrades will include a redesign of the LIRR’s 33rd Street concourse, renovations to the existing Seventh and Eighth Avenue subway stations, and tripling the width of the 33rd Street Corridor, one of Penn Station’s busiest walkways spanning the station’s lower level from 7th to 8th Avenue.

Funding for the project will come from a collaboration between Empire State Development ($550 million) and private partners Related, Vornado and Skanska ($630 million). An additional $420 million will come from the three major New York transit agencies (MTA, Port Authority and Amtrak) and federal grants.

If all goes well, the new Train Hall is scheduled to open to the public by the end of 2020.

New York City's original Pennsylvania Station was a monument to movement and an expression of American economic power. In 1902, the noted firm McKim, Mead and White was selected by the President of the Pennsylvania Railroad to design its Manhattan terminal. 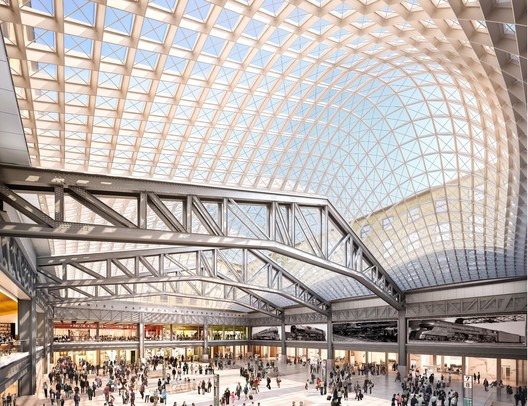