After receiving approval by the New York City Landmarks Preservation Commission last fall, Studio Gang’s expansion of the American Museum of Natural History is preparing to begin construction, reports New York YIMBY, as permits for the project have been filed with Department of Buildings.

To be known as the “Richard Gilder Center for Science, Education, and Innovation,” the expansion will consist of 245,000 square feet across six floors, approximately 80 percent of which will be located within the current museum footprint. Three existing museum buildings/wings will be reduced and adapted to accommodate the Gilder Center, which will house a variety of new exhibition and educational spaces, while enhancing connections to existing galleries. In total, approximately 203,000-gross-square-foot will be added to the Museum, already one of the largest natural history museums in the world. 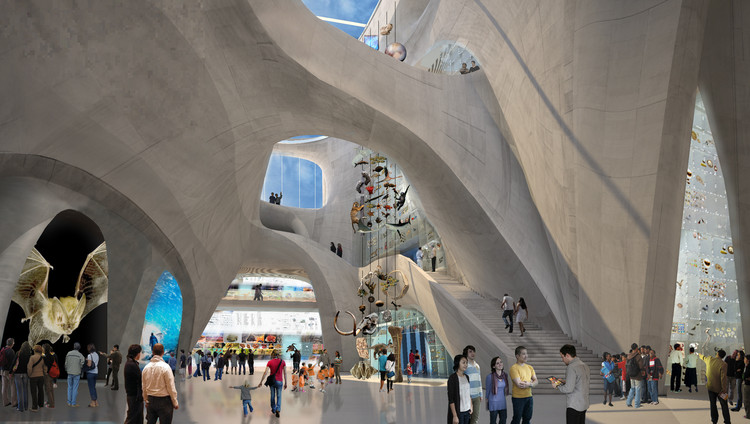 “We uncovered a way to vastly improve visitor circulation and Museum functionality, while tapping into the desire for exploration and discovery that are emblematic of science and also part of being human,” said Jeanne Gang, founder of Studio Gang, at the reveal of the design in 2015. “Upon entering the space, natural daylight from above and sightlines to various activities inside invite movement through the Central Exhibition Hall on a journey towards deeper understanding. The architectural design grew out of the Museum’s mission.”

Construction on the $340 million Gilder Center is anticipated to before the end of 2017 with a tentative target completion date set for 2020.

A conceptual design by Studio Gang was unveiled today as the preferred expansion to the American Museum of Natural History (AMNH) in New York. The proposed building, named the Richard Gilder Center for Science, Education, and Innovation, aims to host an array of public exhibition space as well as become a premier "active scientific and educational institution" that enhances connections with the existing Museum and encourages exploration amongst its users. 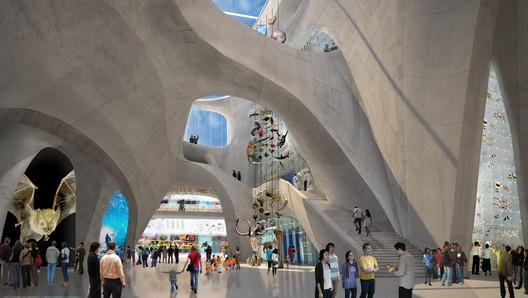