Neolith has unveiled their most ambitious project to date: the ENIGMA restaurant design in collaboration with RCR Arquitectes and P.Llimona. The conceptual restaurant space began with the vision of celebrated Catalan chef Albert Adrià, who wanted to create an "enigmatic” restaurant project reflecting his gastronomy and his career. Albert, together with his sibling Ferran Adrià have transformed the iconic El Bulli restaurant into a culinary research foundation and embarked on more projects since, including tapas bar Tickets and Bar 41 in Barcelona. ENIGMA, described as a “culinary amusement park” represents the new brainchild of the brothers’ dialogue exploring the intersection of food and design. 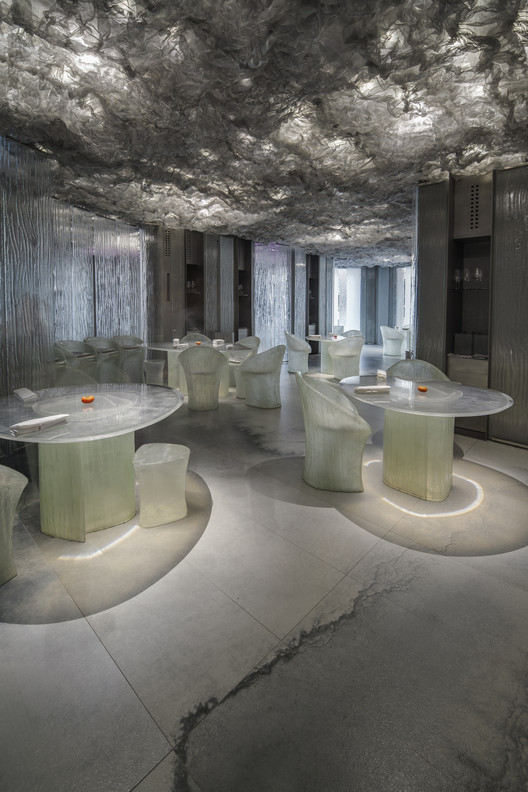 Adria’s vision took shape when Pritzker Prize winners RCR Arquitectes together with P.Llimona, drew their idea of design in watercolors and decided to give it life with the help of Neolith's Sintered Stone. Through an incredibly creative and close collaboration, as well as the experience and technical know-how of Neolith, the atmospheric interior of ENIGMA was created.

Having developed the design proposal for three years, Adrià wanted to ensure the perfect result. Known for experimental cuisine and surprising menus, the chef aimed to create an engaging environment to captivate his guests. Adrìa’s cooking style and menu is strongly influenced by its surroundings, and Albert explained that the interior had to reflect those values:

The type of cuisine we make is determined by space. If we were, for example, surrounded by nature, we would cook completely different dishes.

From Paper to Table

The crucial moment in terms of design came when RCR Arquitectes + P.Llimona drew a watercolor on 3 different papers of A2 format. This drawing then had to be replicated onto the floor.

ENIGMA became a project with unprecedented technical complexity for Neolith, which has marked a new turning point in the history of the company. Neolith Product Designer Carlos Garcia explains:

We had to extend the original design, all the time trying not to lose the definition quality offered by the original drawing. Each pixel was equal to two meters of final floor

Through R&D, Neolith developed the technology to create the design of the boards, producing a perfect replica of the drawing. Once it had been achieved, the exact color had to be matched to the original bluish and greenish hues - unusual tones in the production of Sintered Stones.

The intensity of the colors had to fit with the rest of the materials and decorations of the restaurant to achieve a unified environment that completely immersed the diners in its space. Using the NDD (Neolith Digital Design) Print Decoration Technology, the initial design by architects was matched.

In addition to the color, the architects wanted all the boards to have an irregular texture. The Riverwashed finish was chosen because of its rugged texture and high relief and depth, but it also had to add a subtle sheen to the board. Neolith achieved another first by combining both effects in a single surface - a new challenge that at the same time increased the technical complexity of the final design.

Neolith is a contemporary material with many properties. We have been so surprised by its possibilities that we are now using it for other projects, - RCR Arquitectes + P.Llimona.

In order to achieve this, Neolith fitted entire whole floor in its workshops and took aerial images using a drone to have a complete perspective of the drawing from above, ensuring that there were no errors or different shades in each of the pieces.

RCR Arquitectes + P.Llimona designed an organic space full of curves and narrow aisles that required the boards to be cut into six smaller pieces, the smallest being only 3 centimeters wide. Absolute precision was key to ensuring the continuity of the watercolor design.

Taking inspiration from a map, a gridded coordinate system was set up, labeling each of the pieces to know their exact position in the project. This method allowed the builders to install each piece on site, fitting elements together like a giant jigsaw puzzle.

Albert Adrià, RCR Arquitectes, and Neolith have been recognized on numerous occasions, each recipient of important awards in their respective industries. Together they created a project that is truly spectacular in terms of design, material quality, gastronomy - and surprisingly, also in fashion. Completing the restaurant scene is the ENIGMA staff, whose uniforms have also been designed by RCR Arquitectes + P.Llimona.

We like the idea that it is an Enigma, which is difficult to explain. It is an enveloping space that melts, disappears, almost a labyrinth. Between materiality and conformation, a whole series of organic movements are created on the route to which we are not accustomed. Shadows, transparencies, a watery, hazy presence.

Inspired by the trunk of Lebanese cedar, La Bohème stands out with its robust knots and marked lines that offers movement and depth. With Neolith's proprietary technology, a faithful interpretation of this wood for both the eye and touch is achieved. 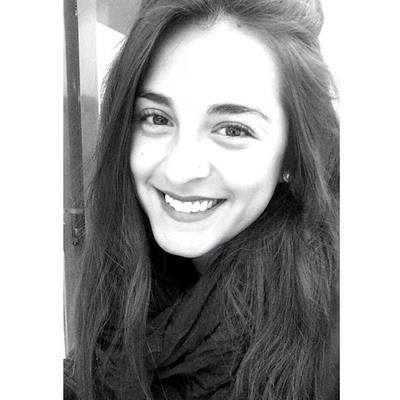