Save
Could This Micro Dwelling in Disguise Help Solve the Housing Crisis?
Share
Or
Copy

London’s first Antepavillion officially opened to the public last weekend, kicking off an annual series of experimental structures set to explore alternative ways of living in the city. Designed and built by emerging studio PUP Architects, the proposal beat out 128 other entries as the winner of a competition held by the Architecture Foundation. Calling for proposals that engaged with issues of sustainability and recycling, PUP's design, dubbed H-VAC is built using prefab elements made in-house by a team of volunteers. The pavilion's tongue-in-cheek appearance resembling an air duct is a playful subversion of planning legislation, exploiting loopholes for mechanical rooftop equipment to be built without planning permission. 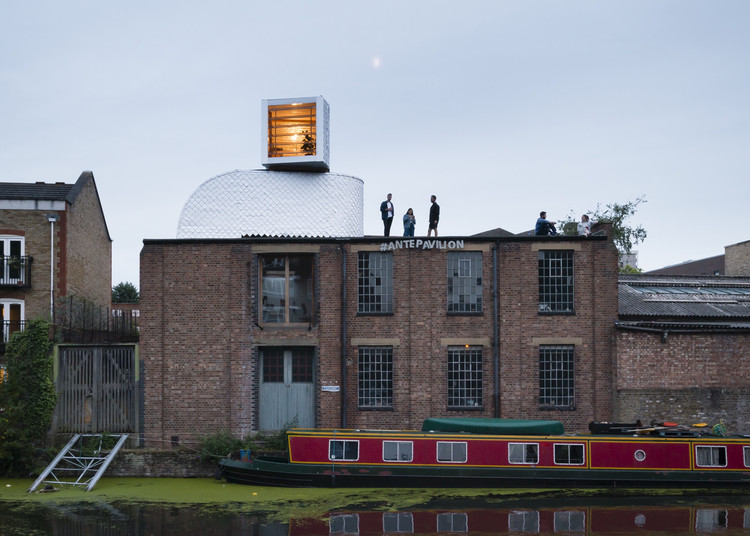 While permitted development exists for large scale infrastructural roof installations, little challenge has been made for other viable and productive uses for rooftops. By subverting the form of the permitted and giving it a non-standard use, we hope to bring into question this order of priorities - PUP Architects.

The pavilion is built over the Hoxton Docks, a complex of artists’ studios on the Regent’s Canal in East London. The ex-coal storage facility is popular as a creative workspace for and boasts several studio spaces that can be rented. However, in recent news, the Docks are currently threatened with demolition to make way for redevelopment, making their choice a pertinent one for the H-VAC to set foot on.

With the assistance of carpenters, PUP’s architects and a team of volunteers also received technical support from structural engineers, AKTii. Timber beams were bent into shape to form the “covertly extrovert” snaking frame. The result is a functional yet surprisingly sculptural structure. The H-VAC cladding keeps with the prefab and sustainable agenda: silver shingles cut from reject Tetra-Pak printed roll.

Shiva Ltd, who helped formulate the Antepavillion project with the Architecture Foundation, sponsored the competition. Said Russell Gray, Director of Shiva Ltd: "We are delighted to sponsor an initiative to encourage young and emerging architects, designers, and artists with an appetite for hands-on construction, freed of the oppressive web of aesthetic, regulatory and commercial constraints that govern most urban construction projects."

Perched on a roof of a mixed-use building, the pavilion invites discussion about the occupation of the city's rooftops by highlighting relaxed permitted development rights. If dwellings could be disguised as air conditioning equipment, could thousands of micro-houses be built across the city to provide new homes?

We are looking forward to the annual commission developing into a significant event in the architectural calendar and an important stepping stone for a generation of emerging architects - Ellis Woodman, Director of The Architecture Foundation.

The Antepavilion will be open again to the public on the 16th and 17th of September during London’s Open House weekend. Visitors should ring the buzzers at Hoxton Docks for access.

News via: The Architecture Foundation and PUP Architects.

Cities around the world are facing a shortage of attractive housing options that use resources in a responsible, environmentally-positive manner. Looking to solve this challenge, New York-based firm SO-IL has teamed up with car manufacturer MINI to create MINI LIVING - Breathe, a " forward-thinking interpretation of resource-conscious, shared city living within a compact footprint.

A Tiny Luxury: What are "Tiny Houses" Really Saying About Architecture?

Following a successful pilot launch in Boston and $1 million in venture backing, a startup company called Getaway has recently launched their service to New Yorkers. The company allows customers to rent out a collection of designer "tiny houses" placed in secluded rural settings north of the city; beginning at $99 per night, the service is hoping to offer respite for overstimulated city folk seeking to unplug and "find themselves." 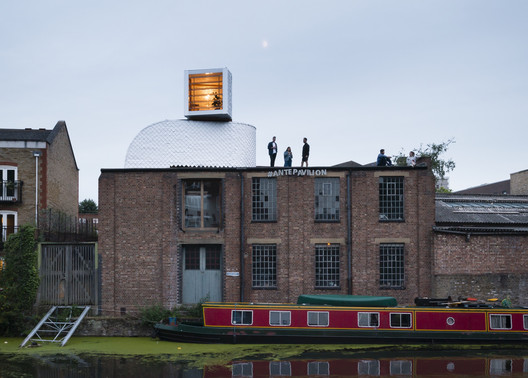