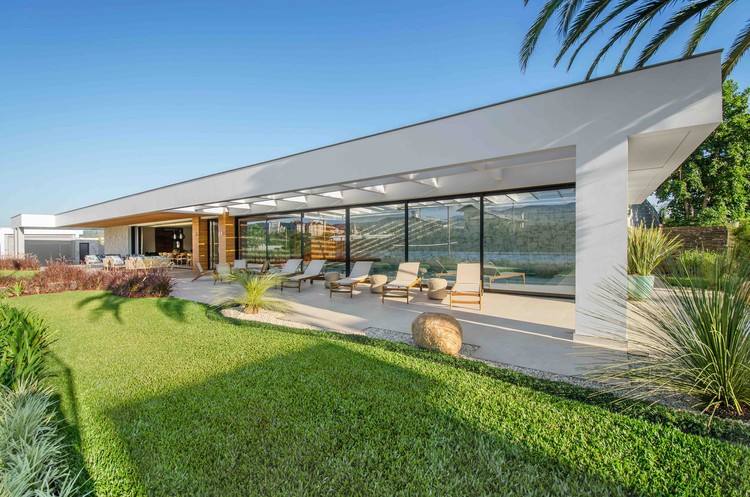 Text description provided by the architects. Casa A + C is a single-family residence located on a large, flat plot with connection to two streets, close to the Porto Alegre - Metropolitan Region, in Dois Irmãos. Next to the residence, there was an extension, next to the swimming pool, to support the leisure activities of the family. Thus, the project arises through a need to expand the space and potentiate its use, but maintaining the connection with the amplitude of the place. In addition, the family realized the need to complement the home to welcome their friends and family members without worrying about the routine and the organization of the house.

In this way, the project in question, through its formal gesture, maintains the hierarchy of the house, since all activities are incorporated in a single volume with horizontal predominance. The emphasis of this solution is consolidated by the connection of the indoor and outdoor space, whose closures occur through large glass frames.

The central idea of the project is that the program would be all protected by a single plan, including the swimming pool and the shelter for the cars. The solution of providing retractable glass cover to the pool is justified by the variability of the local climate and therefore can be used at different times of the year. In addition, we pursued to create a program inside the pool, previously plain, with space for relaxation, streak and seats so that the family would use it more often. The intervention also reached other areas such as the remodeling of external access, the new landscaping design and the revitalization of the sports court. In the materiality, the emphasis of the elements as the natural wood that appears in several points of the project, as well as the stone. The grand balcony is an invitation to contemplate the external environment and the large openings dissolve the boundaries between open and closed space. 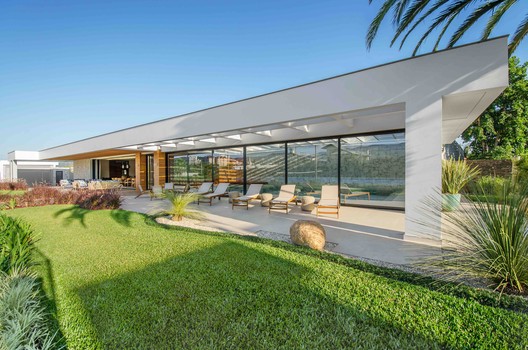