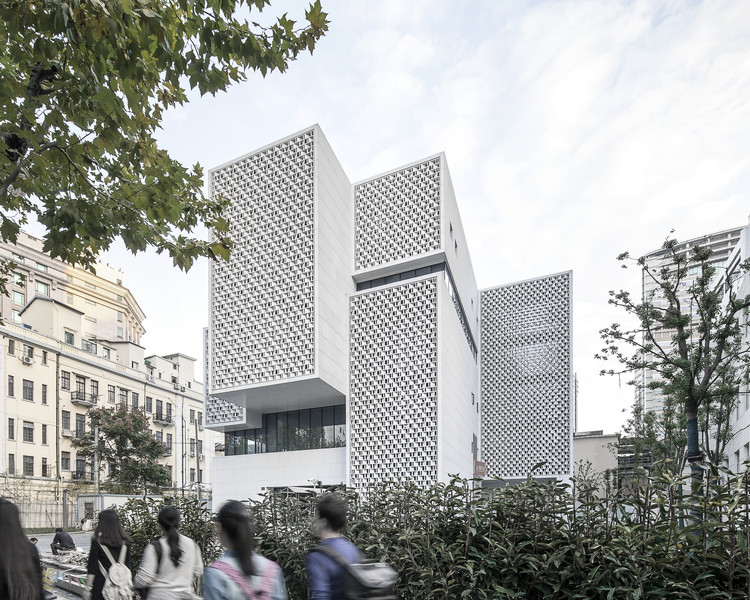 Situated at the bustling West Nanjing Road in Shanghai, the building site of Shanghai Chess Academy is long and narrow. It’s 140 meters long from north to south and 40 meters wide from east to west.

The essence of Chinese traditional architecture is presented by fusing gardens and walls and recreate traditional space with modern approach. The existence of gardens fills the whole building with Chinese implication while creating an integral form. Presenting itself quietly and peacefully at the busy West Nanjing Road with heavy commercial flavor, it segregates itself from the surrounding buildings and highlight its own cultural image.

The "pocket" site of Shanghai Chess Academy is long and narrow. It’s 140 meters long from north to south and 40 meters wide from east to west. The space closed to commercial street is open, but the inside space of "pocket" is introverted.

In width direction, the void and real spaces are staggered together from the inside to the outside. Gardens are separated by the walls, while breaching the walls at the same time, striving for the exterior space within the limited sit. The “checkerboard” walls, like a light sieve, its void ratio following the internal space.

The layouts of programs follow the features of the site, along the long direction. As people go inside, the characters of space transfer from dynamic to serenity, from extroversion to introversion. A sequence of programs is arranged correspondingly, which are the open lobby, the public game hall and the exhibition rooms. 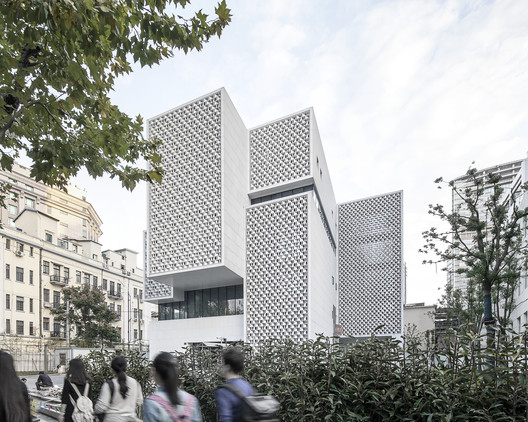