A new exhibition of commissioned work by artist Pablo Bronstein at London's Royal Institute of British Architects (RIBA) will explore "ubiquitous" neo-Georgian developments as exemplar of a British vernacular. The show—Pablo Bronstein: Conservatism, or The Long Reign of Pseudo-Georgian Architecture—will feature fifty new drawings of buildings constructed during the second half of the 20th Century in "an ostensibly neo-Georgian style." These will be presented alongside historical Georgian and neo-Georgian material chosen by Bronstein from the RIBA’s collections. 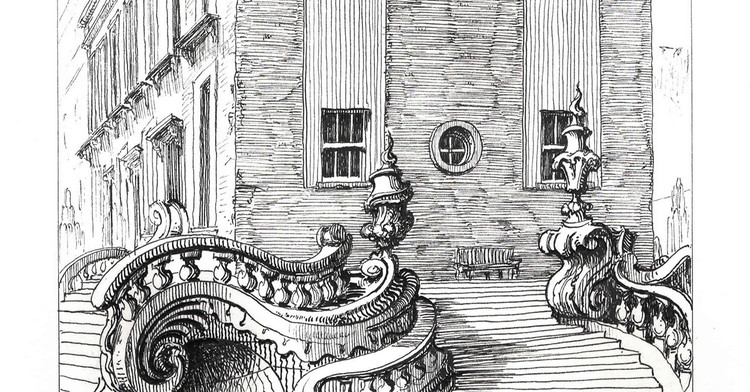 Bronstein, collaborating with Apparata (Nicholas Lobo Brennan and Astrid Smitham), will "transform the RIBA’s gallery space into a domestic environment in which the objects will be arranged." The practice will also create "a site-specific installation" in the entrance to the RIBA’s building at Portland Place, expressing "the practice’s belief that classical architecture is a progressive force, associated with leaps in human knowledge, the escape from ignorance and superstition, and the birth of democracy."

I [Bronstein] am continuing a personal history of drawing recent buildings, focusing on an architecture so unloved, yet so endemic to Britain. It can be characterised as alluding to the Georgian, and has become a staple of every British landscape; it should be addressed as the most current British vernacular style. Yet its success, and its principal interest to me, is that of its ability to successfully and economically pander to delusions about our past, and to flatter our vanity of wealth and class. It is an architecture perfectly suited to the last thirty years of our history.