“It’s one of our most significant works here at Fallingwater,” Waggoner told the Associated Press. “It’s one that the house has come to be identified with. The first view, when you’re on the bridge, looking at the house — it’s right there.”

Following the events, representatives for Fallingwater and the Western Pennsylvania Conservancy, who operate the home, released a statement ensuring no damage was done to the building’s interiors and that festivities planned for the 150th Anniversary of Wright’s birth will continue as planned.

News via the Associated Press, WTOP. 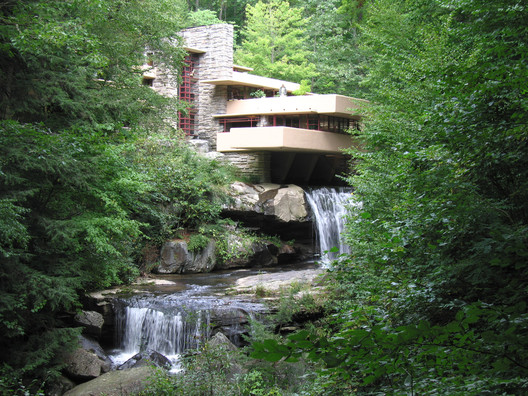