Text description provided by the architects. The Center for Innovation and Advanced Technologies (CIiZT) is located at the eastern boundary of the Lublin University of Technology in the immediate vicinity of the buildings of the Faculty of Mechanical Engineering, Rectorate and Library. The building is located on the land that falls in the south-east direction and the differences in the levels are about 8,20 m. The CIiZT building adjoins the southern part of the B31 Cultural Landscape Preservation Area, which is a cultural park, including the remains of the former Jesuit farm.

The Innovation Center was designed following the pattern of an "industrial hotel" of the Enlightenment and Industrial Revolution - building on a rectangular layout measuring 100x50m and of five storeys. The created landscape re-arranges the existing park complex of The Bystrzyca River valley, decomposed over the last century and enriches it with new cultural and semantic values. The designed building creates the north-eastern frontage of a restored courtyard, formerly located in the central part of the farmhouse and now located in the central part of the university campus.

The main entrance to the building, located on the south-west side, is adjacent to the courtyard and is accessible via the footbridge over the natural moat surrounding the building. On the first, second, fourth and fifth floors, there have been located the research and teaching laboratories. The administrative and office spaces are on the third floor. The technical and utility rooms have been located on the first and third floors. The façade of the building is a reinforced concrete frame of divisions of 8,10 m, filled with windows and lining made of corten and electrically controlled shutters system. 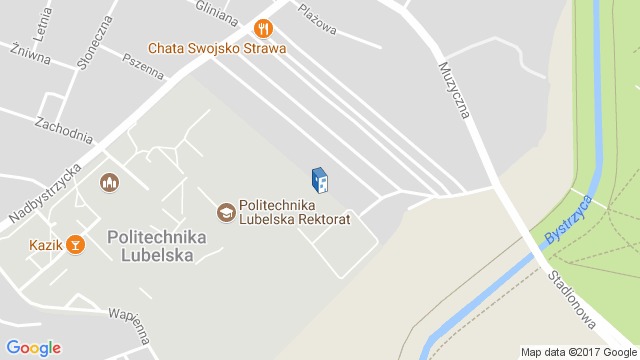 Location to be used only as a reference. It could indicate city/country but not exact address.
Share
Or
Copy
About this office
AMC – Andrzej M. Chołdzyński
Office
•••