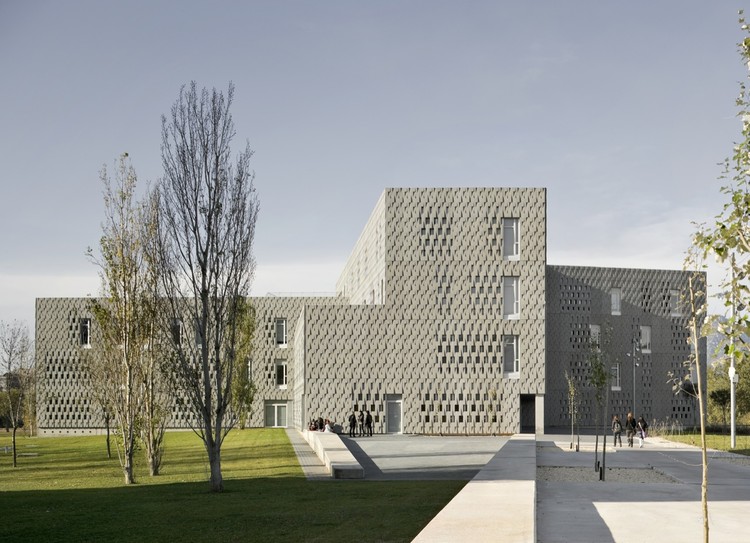 The new building of the "Terres del l'Ebre" Campus is located in the area of the Tortosa Fairground, to the north of the city, situated between the Ebro river and the district of Remolins

The location is especially attractive because of its complexity. It is a representative and clearly identifiable ground as an urban framework. Halfway between the park and the city, the proposal aims to smooth the transition between the natural and urban surroundings. On the one hand, we can discover the new building in the middle of the trees, as a fragmented and discontinuous piece to allow easy integration with the surroundings of the park. From the other side, on the contrary, it is able to offer a more compact urban facade that overlies the urban topography assuming the usual height of the city.

Its settlement platform is at an upper limit of the park due to the risk of flooding. The difference of dimensions between the park and the building is solved through a series of ramps that give continuity to the space of the park.

In plan, the building moves away from the street to obtain the necessary perimeter for the layout of the program and at the same time can be easily traversed. Contrarily, what would represent a barrier-building, the layout facilitates the diagonal routes and allows to relate the park wiith the avenue that connects the city and the fairground. The new campus wants to be the door of the park creating a beginning and an end and, ate the sime time, be the antechamber of the mentioned avenue. This duality of location characterizes its implantation.

The plan form allows you to set a good layout of the requested program. External galleries are established grouping by thematic areas, reducing the interior circulation, minimizing the corridors and generating squares or small relation spaces. Between these common spaces and those of specific uses located in the facade these is an element of variable thickness that serves as transition and filter. Contains support spaces such as bathrooms, facilities patios, box office, etc... promoting acoustic absorption.

The section aims to bring natural light to the center of the building in those strategic spaces as the end of the circulation spaces. In addition, it allows to locate the most public or open program on the ground floor where the hall is located with the exhibition space, the library connected with the computer spaces, the study room and the bar. In the first floor there are three types of classroom that houses the teaching needs, while in the second floor are located the teacher's room. Finally, the third floor houses the management room along with the university extension spaces.

The project comtemplates the construction of a building that presents the shape of a star when seen in the floor plan, with a central body practically square, where the dilatation joint is located. Around the central body are arranged five aisle with independent structures.

In the perimetal zones a unidirectional lining solution was planned with post-tensioned ribs supported on flat beams.

In the central zone, basically destined the distribution and vertical communication between common areas, lights are positioned between the pillars of 9,60m in two directions. Through this illumination, a reticular lining was planned.

Outwardly it was through a modular concrete coating that guarantees the continuity of the facade. The two types of pieces with dimensions 1.20 x 4.20m are differentiated: an opaque panel and a trellised panel that sifts the light. According to the needs of the interior spaces we can find the opaque piece, the piece of trellis or neither, so that we can discover the different views regarding the park and the city. 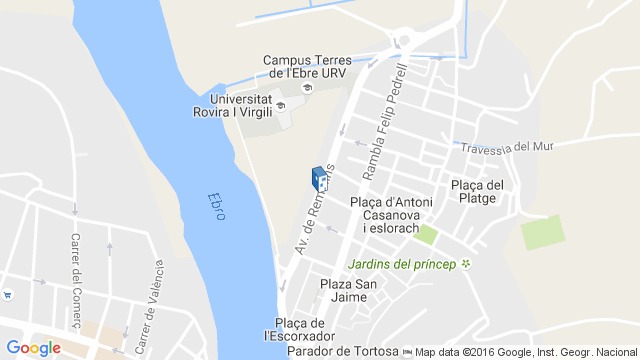 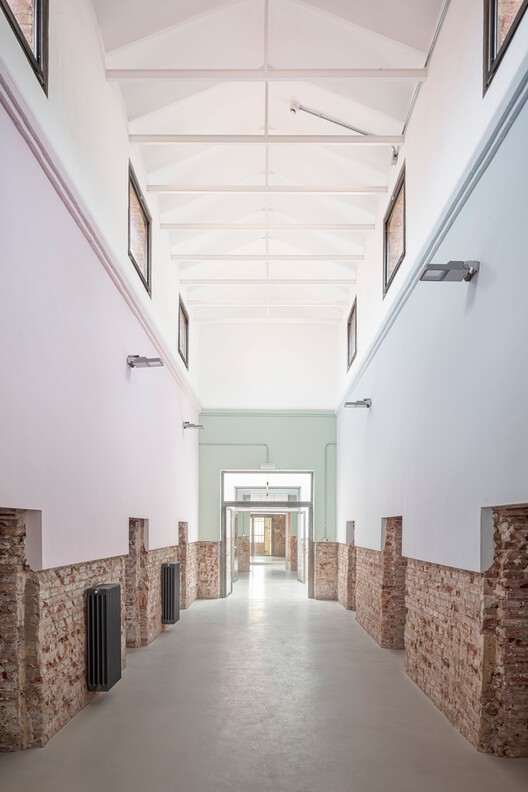 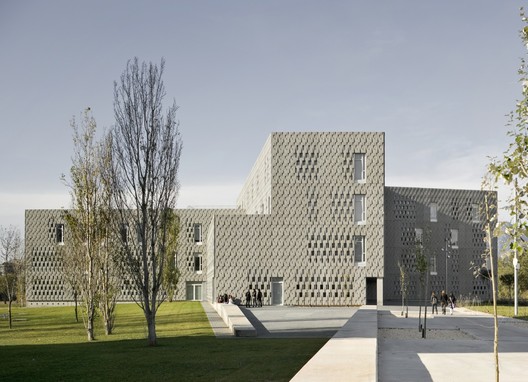 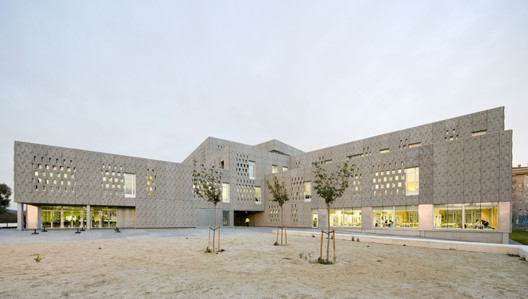