Save
Johnston Marklee Explain What Matters For This Year's Chicago Architecture Biennial
Presented by:

Two months before the much-anticipated opening of the Chicago Architecture Biennal, this video collaboration between Berlin-based PLANE–SITE and Chicago-based Spirit of Space offers an insight into what is to come this fall. The first video of the series delves into the core message that curators Mark Lee and Sharon Johnston of Johnston Marklee have established as the groundwork for contributions from over 100 international participants. One of the youngest biennials in the architectural scene, the Chicago Architecture Biennial is only in its second edition and is still defining the unique and independent traits that will help it stand out from other similar events.

The series from PLANE–SITE and Spirit of Space will unravel some of the Biennial's main themes, and delve into its program, reporting on such projects as the reinterpretations for Howells & Hood’s 1925 Tribune Tower; 3D responses to historical images of building interiors; a labyrinth of galleries that will host larger installations; and some of the biennial's anchor sites across the city of Chicago. 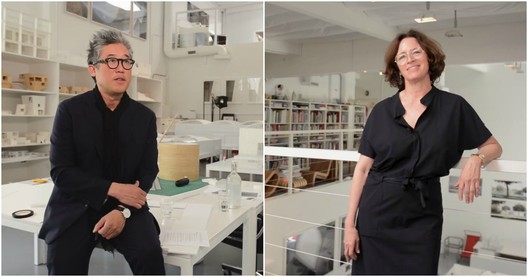