Is your life lacking in dragons? Do you long for the excitement and danger of a constant, treacherous struggle for governing power? If you find yourself simply biding your time waiting for new seasons of Game of Thrones to air (or for George R.R. Martin to finally write another book) one option is to spend some time traveling to the real-life locations used in the filming of the show! From Iceland to Morocco, the show’s creators have traveled all over the world to bring the mythical world Martin describes in his novels to life on screen. While much of the filming is done in a studio, and of course there’s plenty of CGI involved, many of the landscapes and buildings seen throughout the show’s 6 seasons are real places open to the public. We can’t promise you dragons or control of the Iron Throne, but what you will get are some spectacular sights that might just make you feel like a real Westerosi.

In honor of the show’s seventh season beginning later today, here’s a list of 7 Game of Thrones filming locations you can visit! (This list is mostly spoiler-free, but you may want to read with caution if you’re not caught up!) 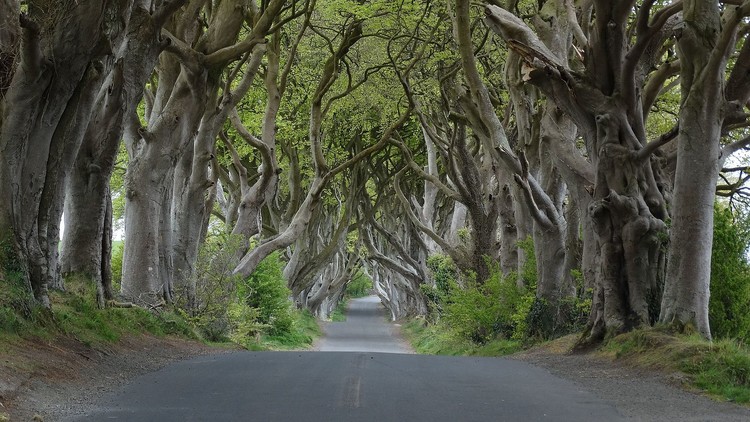 One of the main filming locations for the series is the 1,000-acre (400-hectare) grounds around Castle Ward in Northern Ireland. Located near the village of Strangford in County Down, the main castle is a National Trust property dating from the 18th century. The property, however, has been in the Ward family since 1570; Old Castle Ward was most likely built by Nicholas Ward around 1590. The farmyard of the Old Castle serves as the location of Winterfell, home of the ill-fated Starks and the backdrop for most of Season 1. You can even sign up for a “Winterfell Tour” that takes you on a journey of 20 key filming locations throughout the castle complex.

Another Northern Ireland location is the Dark Hedges in Ballymoney, an avenue of beech trees planted by the Stuart Family in the eighteenth century as an entrance to their mansion. As one of the most-photographed natural phenomena in Northern Ireland, some viewers likely recognized the tunnel of trees when it was used as a northern part of the King’s Road. In the first episode of Season 2 when Arya Stark has escaped Winterfell disguised as a boy, she travels up this road in a cart with a group of boys and men headed north toward The Wall to join the Night’s Watch.

“For the night is dark and full of terrors.” One more notable location in Northern Ireland (though there are many in addition to this list) is the beach at Downhill Strand, used not as a set for a part of the North like many of the other Northern Ireland locations, but instead as the island of Dragonstone. Downhill is a beach that stretches for approximately 7 miles (11 kilometers); designated as an Area of Special Scientific Interest and a Special Area of Conservation, the scenic beach draws visitors from all over to County Londonderry and the small nearby town of Castlerock. In the Game of Thrones universe, the beach is visited by Stannis Baratheon and Melisandre where they burn the Seven Idols of Westeros and the Red Priestess first proclaims her oft-repeated catchphrase.

Moving from the outer edges of the kingdom to the center of power, much of the set for King’s Landing is in Croatia, specifically Dubrovnik. The city walls of Dubrovnik were a great match to the books’ descriptions, enclosing the Old City in massive stone fortifications, directly on the coast. The medieval walls are a UNESCO World Heritage Site, with the still-intact walls today having been constructed mainly between the twelfth and seventeenth centuries. A long-standing source of pride for the city, the walls run uninterrupted for approximately 6,360 feet (1.9 kilometers) and reach a maximum height of around 82 feet (25 meters). Featuring in many episodes, one notable scene is in the Season 3 premiere when Tyrion Lannister, Bronn, and Podrick walk along the walls as they’re being repaired after the Battle of the Blackwater.

Another location in Dubrovnik, Stradun is worth mentioning as it was the location of Cersei Lannister’s memorable Walk of Penance scene in Season 5. The Stradun is Dubrovnik’s main street, running for almost 1,000 feet (300 meters) between Dubrovnik Cathedral and the Sponza Palace through the historic part of the city. Paved in limestone, the Stradun is a pedestrian street that became the city’s main thoroughfare in the 13th century, but the area had to be significantly repaired and rebuilt after an earthquake in 1667. To film Cersei’s walk, over 500 extras were used, but if you visit the Stradun, just avoid getting too into character and be sure to keep your clothes on. Shame! Shame!

6. Beyond the Wall (AKA Grjótagjá Cave)

Speaking of nudity, the intimate cave scene in Season 3 between Jon Snow and the wildling, Ygritte, takes place in a mystical-looking setting that happens to be a popular tourist destination in Iceland. Grjótagjá Cave is small lava cave containing a natural hot spring near Lake Mývatn. In the early 18th century, Icelandic outlaw Jón Markússon lived in the cave, after which it was a popular bathing site until the 1970s when eruptions rose the water temperature to dangerous levels. Temperatures have been slowly decreasing since and the site has been used again for bathing since the 1990s—and of course as part of the wild tundra of the North beyond the Wall, since Iceland has the perfect landscape for realizing incredible fantasy worlds like Westeros.

7. Sunspear and the Water Gardens (AKA Alcázar of Seville)

Traveling now from the far North to warm, sunny Dorne in the south, the Alcázar Palace in Seville, Spain was used as the seat of House Martell. The royal palace was originally developed by Moorish Muslim kings, most of it constructed between the 11th and 16th centuries. A UNESCO World Heritage site, it is the oldest royal palace still in use in Europe and considered one of the best examples of mudéjar architecture on the Iberian Peninsula. The huge complex was used in multiple episodes throughout Season 5 where we see the young betrothed couple Myrcella Baratheon and Trystane Martell spending time in the gardens, before Jaime Lannister comes to bring Myrcella home to King’s Landing against her will. 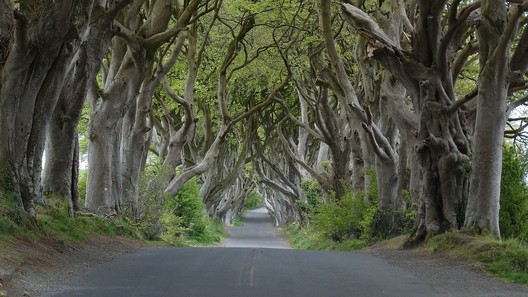