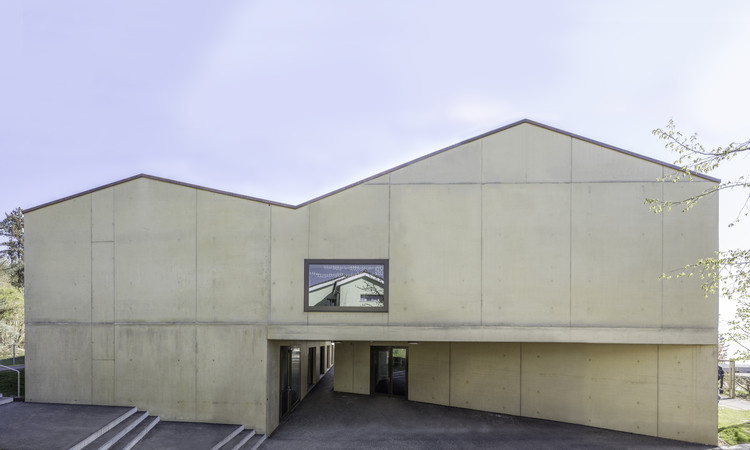 Text description provided by the architects. The urban figure refers strongly to the existing complex. A two-storey building is placed on the back of the existing schoolhouse. It is connected to the school at the narrowest point. This creates an elongated court, which creates an atmospheric meeting, residence and communication space for the school.

The old building remains visible and is formed together with the new building into a whole. The constant continuation of the roof design will be experienced as a unit throughout the school area.

On the ground floor, the dayschool and the multi-purpose room are accommodated with the adjoining rooms. The dayschool is characterized by an open space design, whereby the rooms can be divided according to needs. The main rooms have a two-sided exposure, on the one hand to the court and the northern playground.

The classrooms are located on the upper floor. The school rooms are also exposed on two sides. The group rooms are appropriately placed between two classrooms. This grouping is based on a clear grid. All of the rooms have large window areas and proﬁt of optimal lighting conditions.

The corridors are complemented in important circulation areas with spacious open zones. The accommodation and working spaces of the teaching staff are located in the existing building on the southeast side. The central location next to the entrance area ensures short distances, a good overview of the area and thus a simple school operation.

The facades are equipped with additive windows with an adequate restraint. The visible concrete construction takes over the existing yellow colour from the neighbouring school buildings.

The compact school building takes account of the land reserve in the east of the center for future expansion buildings. 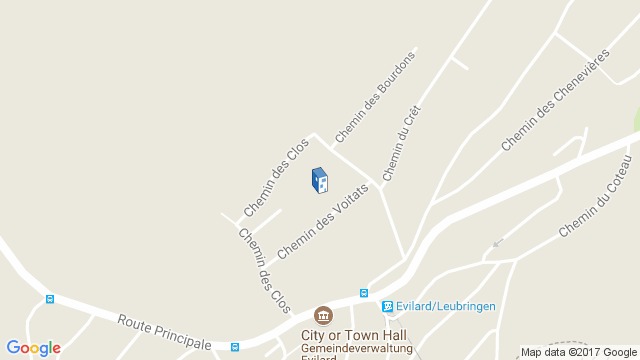