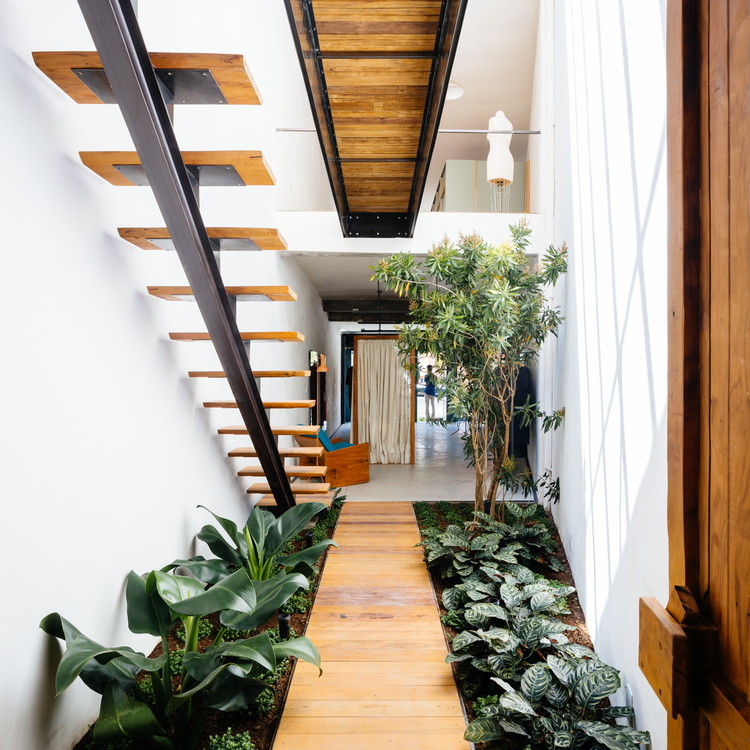 Text description provided by the architects. The invitation to design the new Acolá Store was received with great happiness because, due to the years of friendship between us and its creators, we have closely followed the trajectory of the brand since its beginning in 2012. In the first visit to the new address, a former loft of triangular plan located a few meters from the old store, we faced a tapered, wet and dark place, since there were only four small openings to light and ventilate the entire space.

The desire to bring light into the store guided the first project decisions of replacing a part of the roof whose structure was comprimised, by a glass ceiling and visually integranting the levels by partially demolishing the upper slab. In addition to illuminate the entire store, the coverage provides for the exchange of natural ventilation which, added to the internal garden, brings great thermal comfort to the space.

The break given by the double height ceiling garden arranged the program in two moments: in the first one, closest to the street, are located the store [ground] and the office [mezzanine]; In the second, at the bottom, a hydraulic core containing all wet areas, sanitary [ground] and pantry [upper level]. Its is also in the garden that the flows between the levels are organized through the ladder and footbridge that crosses the void.

Amid the store's free plan, a volume was strategically positioned to create different environments such as the reception area, clothes rack and lounge. The fact that it is loose, without touching the ceiling or walls, allow the circulation between these environments to be fluid and uninterrupted. In this volume are grouped an auxiliary stock, an exhibitor and two changing rooms with pivotal doors which divide, integrate or expand the area according to the need of the moment. In the mezzanine above, where all the walls have been demolished, the spatial organization is also given through another volume, the large stock that divides the open areas [workbench and board meetings] of the closed areas [private room and warehouse].

Among the chosen materials, predominate wood and metal. The decision to use it in their natural state is related to the clothes produced by Acolá, which are most of natural fabrics with handmade techniques of dyeing and stamping. All the woodworking that uses a pink demolition peroba [floor, hydraulic core and changing room] as well as parts of the locksmith's [ladder, footbridge and clothes rack] were carried out in sheds of the family site in the country town, using existing machinery and local labor.

On the facade it was decided to preserve the original structure and demolition of the masonry, opening, between pillars, two showcase spans and one span for the entrance. To coat this new front, a frame of metal profiles on which the structre is enclosed inside the window has been proposed. Over it advances a marquee that protects the showcase of direct sunlight and shelters those that transit through the street in case of bad weather. Another urban kindness was also planned by the project: the future reform of the sidewalk with the proposal of a public bench and a place for parking bicycle. 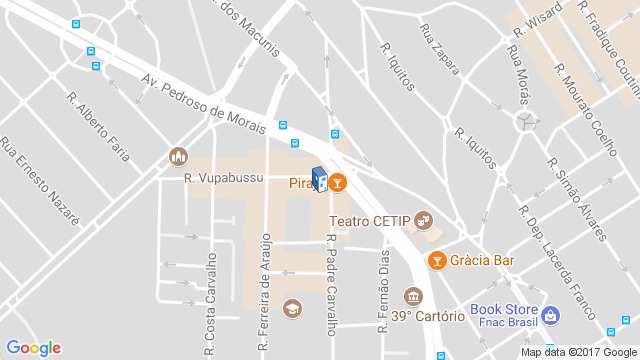