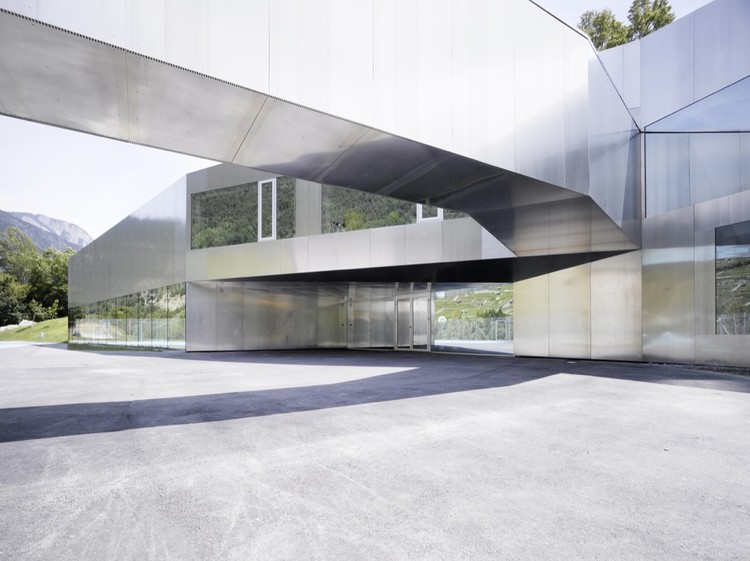 Text description provided by the architects. Like an immense suit of protective armour, the extension to Bovernier School forms a natural shield against avalanches. The building is located at the foot of an incline. The habitable wall is articulated in both length and height to adhere closely to the topography of the site and create space for the play and games areas. Complementing the existing classrooms building, the enlargement houses a range of functions required by both school and community: physical education, creative activities, kindergarten, plus singing and gym clubs. Rather like a train, these functions follow a logical sequence relative to the village and the functioning of the school: first comes the day nursery, followed by the primary school in the centre and the gym at the end. The spaces are juxtaposed, linkable and separable for maximum flexibility and optimum economical rationality. The enlargement 'plugs' into the existing school via a covered walkway flown above the playground.

Avalanches are blocked by the major spaces that emerge from the incline. They are diverted by the service spaces that bury themselves and slant laterally.

To bear the weight and thrust of the snow, the enlargement is reinforced by a series of blades that serve to strengthen it across its width. As a construction it resembles a work of art. Its structure is concrete. Providing a contrast with the visible concrete, the ceilings and plywood walls serving an acoustic function imbue the spaces with a certain domesticity. The colour scheme, here pastel, there vivid, bathes the north- facing spaces in a range of hues.

The sole emergent facade is clad in a metallic skin pierced with mirrored, flush glazing that does not impinge on the continuity. The other facades are greened with vegetation. The lustre of the raw aluminium reflects the light of the hillside opposite, giving the site a new dimension. 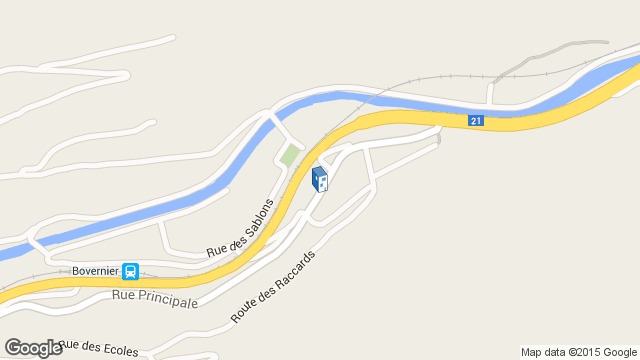 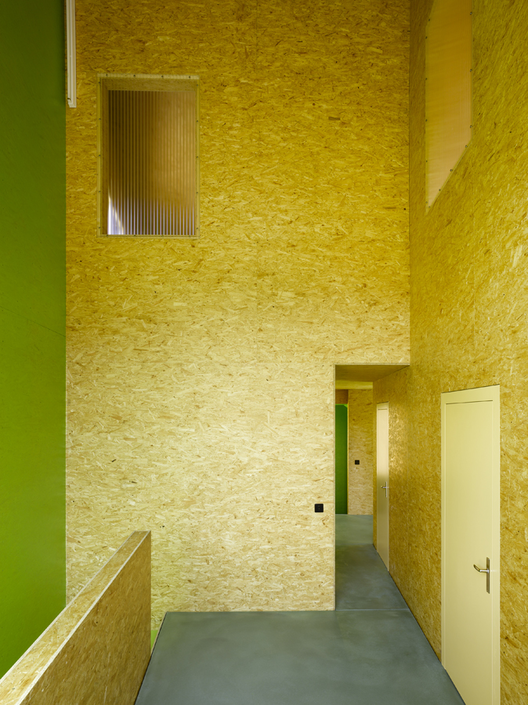 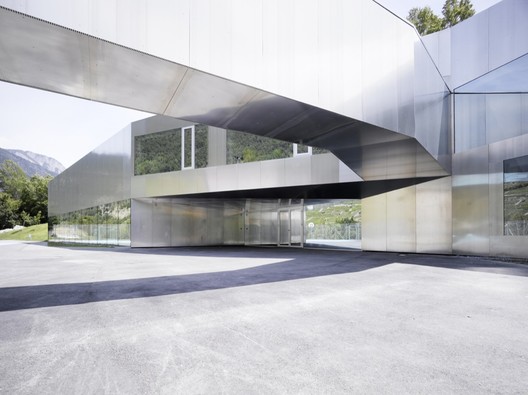