SHoP Architects has been selected as lead master planners and designers of the campus for Fulbright University Vietnam (FUV) to be located in Ho Chi Minh City, Vietnam. The new university, announced in 2016 by President Obama on his visit to the country, is Vietnam’s first independent, non-profit institution of higher education. The university was established with the goal of offering innovative teaching programs and impactful research that will serve the country’s continued development and finding solutions to the large problems facing Vietnam and the world.

SHoP was selected as the winner of the competition for the masterplan and design ahead of more than a dozen internationally-reputable firms. The campus will split across two sites within Ho Chi Minh City: a 25-hectare (62-acre) main campus at the Saigon High Tech Park in District 9 and a one-hectare (2.5-acre) downtown campus in District 7, which will focus on professional education and advancing public connections.

“Working with the FUV team from the ground up to develop the university’s programs and spaces is an incredible honor and just the sort of challenge we thrive on,” SHoP Principal Gregg Pasquarelli said. “The best buildings and public spaces often come from a process where architects are given the chance to push the envelope beyond traditional design services.”

Work on the project has already begun, with the first facilities anticipated to open in 2018.

For nearly 100 years, the JL Hudson's Department Store in downtown Detroit stood as a mecca of shopping - the 25-story structure at one point holding the record for world's tallest retail building. Then in 1983, following a downturn of the Detroit economy, the department store was closed.

Australian firm deciBel(Architecture))) has released images of their proposed multi-purpose theater and cultural center in the Vietnamese capital of Hanoi. The Hanoi Lotus draws inspiration from Vietnam's national flower, creating a city-defining piece of public architecture to place Hanoi and Vietnam on the global stage. 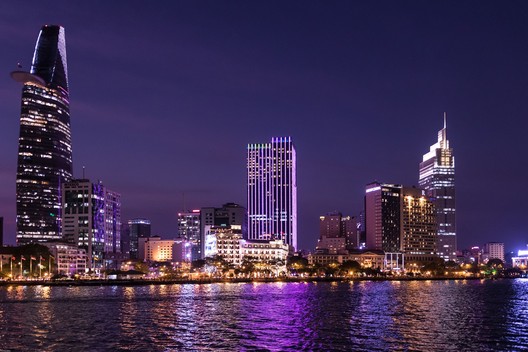