Echelon Seaport, a mixed-used development designed by Kohn Pedersen Fox (KPF) and CBT Architects, will join the growing number of buildings and public spaces slated to revitalize the Boston Seaport neighborhood in the coming decade. The 1.3 million square foot property will accompany projects such as OMA’s 88 Seaport and developments by James Corner Field Operations, Sasaki, and NADAAA. 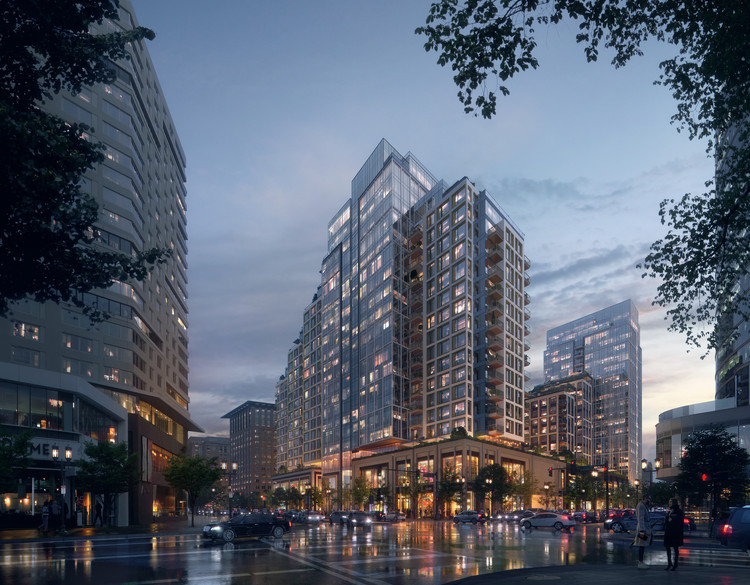 Due to its accessibility to the Boston Harbor, the area has historically been known as a space for industrial and commercial use. Factors such as proximity to Boston’s downtown have spurred developments such as the Echelon Seaport that aim to introduce residential living into the fabric of the neighborhood. Developed by Cottonwood Management, the project will feature 733 residential condominiums along with 125,000 square feet of publicly accessible restaurants and retail.

The development is broken into three towers of differing heights in order to create visual interest. To further that design initiative, the facade of the building is a mixture of glass and masonry. According to the architects, the focus on a diversified aesthetic is a nod to the collection of styles and materials that make up Boston’s current skyline.

Our design for the project transforms a larger site into a series of three, smaller-scaled towers, where each is given a subtly differentiated architectural character, said James von Klemperer, KPF President and Design Principal.

Integral to the design is the something currently lacking in the neighborhood-- public space. Looking towards the future of Seaport, the architects identified the need for a dynamic urban streetscape that encourages civic interaction. The point where the three towers meet forms a central courtyard that features multi-level retail space connected through passageways and a bridge.

Renderings of the project show both the large-scale connections between towers and the smaller layered connections of the retail and public spaces. The renderings also detail the additional exterior space in the building such as sun decks, terraces, and pools that are designated for the private residences.

Pre-construction for Echelon Seaport began in March 2017 and is on track for final completion in 2020.

OMA New York has revealed renderings for it latest project, a 490,000-square-foot mixed-used retail and office development located at 88 Seaport Boulevard in the emerging Boston Seaport neighborhood. Being developed by Massachusetts-based property developer WS Development, the structure adds to a growing collection of quality architecture commissioned for the district, including projects by James Corner Field Operations, Sasaki, and NADAAA. 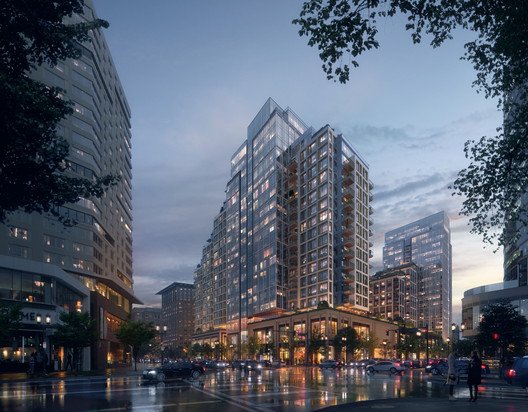