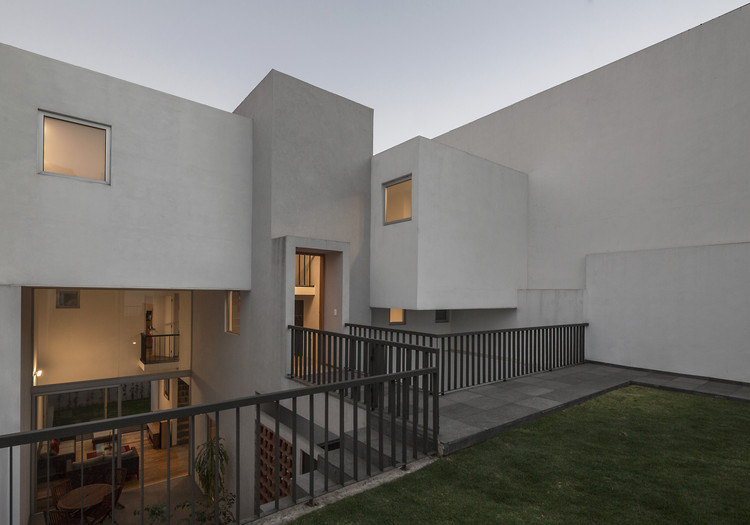 Text description provided by the architects. This project abandons ‘formal’ concepts.  It searches for a haptic world, where the corporeal/spatial connection is revalued, thus granting all hierarchy to perception. The project focuses on the interaction of experiences where materialization tries to integrate itself into all spatial references, into memory and imagination, stimulating the construction of another form of dwelling. Ideas that obey an operative principle and a design strategy that gives distinct meanings, bringing psychological dimensions into play and opening the possibility of connecting with the power of intuitive association between all parts of the project. The similarities between cause and effect are recalled by the sensorial multiplicity that all architecture should be obliged to provide; instruments that relate time and space.

The house is energised by separating the functions into isolated volumes, operating in a correlation of parts that are linked by the freedom given to the circulations, these being confined and grouped in a central element whose hermeticism compels one’s sight to escape towards the horizon through a great hole that divides the core.

The vegetation aggravates the senses since it consciously traverses and penetrates the house, opening out on the slope on the central part of the land. A 'detoxification’ is made, with a barrier of trees that blocks the inside from everything on the street. The empty spaces create horizontal and vertical extensions that challenge the scale and proportion according to what is really important: the human body. Taking on responsibility of new ecological issues, we have incorporated bioclimatic strategies into the project that have permitted energy saving.

In doing so, we have optimized solar energy and have thus avoided loss of heat, achieving a balance between heating and cooling, reaching high levels of comfort. Both positions and volumetric dimensions were involved in these analyses, evaluations and results and even the ranges for the openings of each bay were defined based on the maximum and minimum angles of the solar incidence corresponding to each season of the year. The movement of bodies obeys the calculation of hourly temperatures and levels of wellbeing, especially for winter. From here, the patios and upper terraces are created, displacements that also have another benefit of avoiding being invasive on the side and rear proximities, freeing up space between dividing walls. 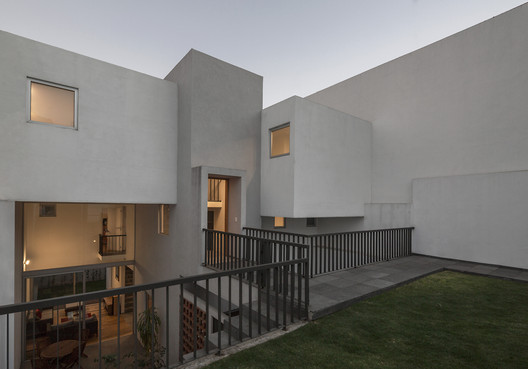