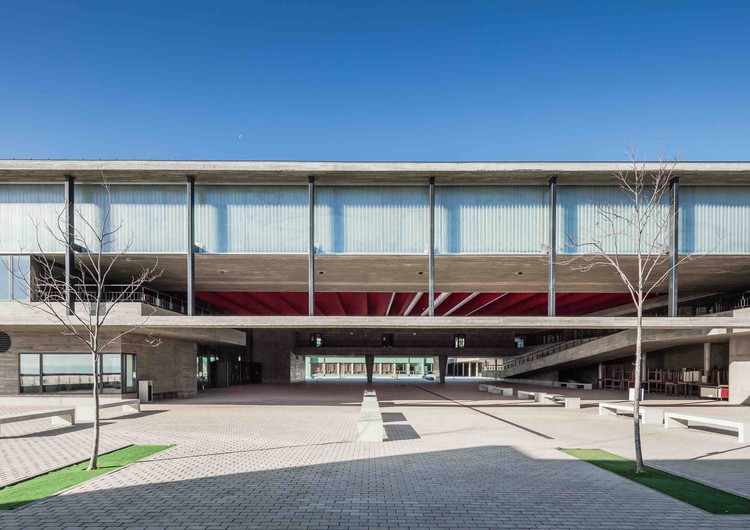 Text description provided by the architects. The Luís de Freitas Branco School is a redevelopment project of an existing school located in Paco de Arcos, on the outskirts of Lisbon. The school occupies the interior of a large suburban block.

On a plot that features quite a steep topography, the existing school was constituted by several buildings, which contained the whole program.

The chosen strategy was the demolition of some of the existing buildings and the reorganisation of all exterior spaces. This is achieved by the creation of various levels developed at different heights, allowing for a more fluid circulation throughout the school. Two large parallel volumes were created, and they draw the boundary of the exterior square (entrance) on the one hand, and also clarify the use of the whole complex.

These two bodies, in exposed concrete, contain the library, cafeteria, auditorium and administration of the school.

The circulation and leisure spaces assume the main role in order to ensure the permanence of the students. The existence of large indoor and outdoor courtyards characterised by their unevenness, the use of triple ceiling heights or of large ramps, are designed with a scenographic approach, intended to allow different uses and also to create spaces that are important in the functional organisation of the whole school. The academic areas are in three pre-existing buildings, the green blocks, which are spatially articulated with patios and with the paths that are created. 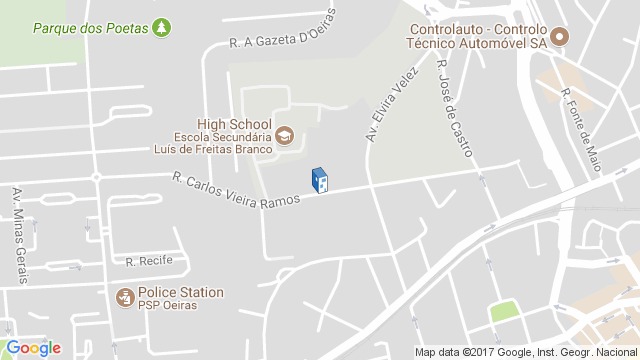 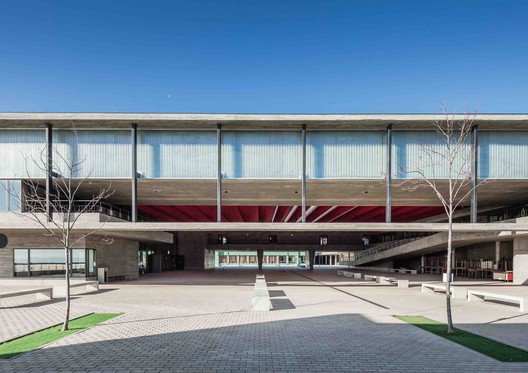