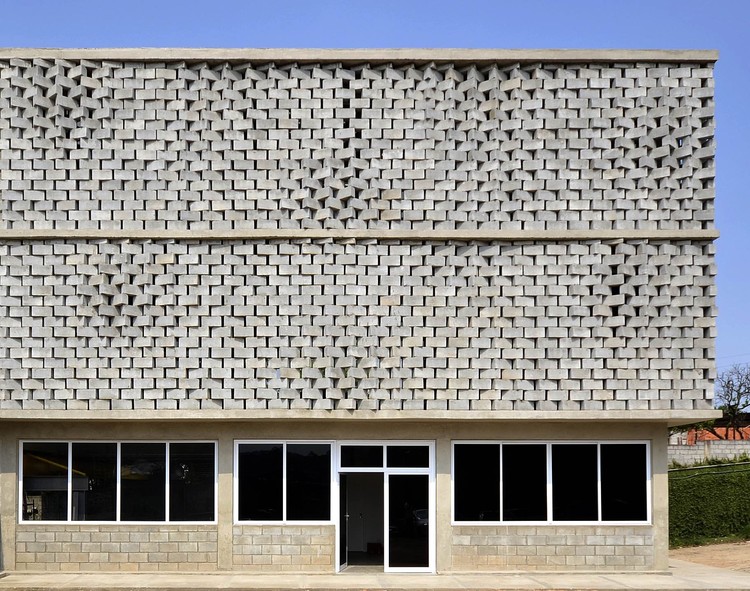 The overall intent of the building was to provide an economical, environmentally sensitive, yet novel design to give a contemporary industrial identity to the factory complex. The annex building houses various programs on a split level site in front of an existing factory in the São Paulo industrial suburb of Taboão da Serra. The double-height ground floor space contains a new mechanized-loaded raw material storage facility, the first and second floors are dedicated to administrative office space for the factory, and the final floor is a show-room for factory products.

This is the first time in Brazil that a differentiating component-based façade system is built using digital design and fabrication. In reference to the traditional Brazilian ‘cobogo’ shading screen, this environmental ‘second skin’ controls the filtration of indirect sun-light through the operable windows on the south and west facades, while also creating a thermal mass which prevents the penetration of hot air in the interior spaces. The north side of the new annex is connected to the existing factory building, while the east façade is partially shaded by the trees and neighboring wall, and open to prevailing wind directions which allow for a cross natural ventilation of the space. The interior space is thus cool and bathed in a bright diffused natural light highlighted by a phenomenological play of shadow and light along the circulation spaces in the late afternoon.

Parametric computation was used for both the generation of various geometric configurations to create different environmental performance scenarios, as well as for a method to construct the façade itself. The parametric scripts generated subtle gradations of varying rotation angles of the blocks, controlled by their distance from different ‘attraction points’. This thus generated different sized openings and differently- angled light reflection planes, which were tested using digital environmental simulation to generate the best combination of both shading and illuminance. Digital fabrication was employed throughout the initial design process to produce various models and prototypes to develop different structural and fabrication options.

To mount the concrete blocks on site using the same rotations as those in the digital model, a parametric script created comb-like ‘guides’ to position the blocks, which were made by laser-cutting corrugated cardboard. Theses guides were placed on a moveable wood stand and track system that were fabricated of plywood using the CNC router. The concrete block mason only had to position the blocks against the guides and add vertical reinforcing bar in every other block, attached to the bottom and top concrete slabs, to obtain structural stability.

This fabrication process that links parametric design and digital fabrication to simple construction techniques and materials on site illustrates the process of ‘HIGH-LOW’, which SUBdV architects have applied on various building and research projects through experiments made during the Architectural Association Visiting School workshops, which they direct in Brazil. This process of combining ‘high-technology’ methodology (parametric computation and digital fabrication) with ‘low-technology’ construction methods and cheap local materials, (in this case the concrete blocks), can ‘tropicalize’ and give a new and critical Brazilian identity to digital design, to escape the growing ubiquitous and generic quality of the contemporary parametric aesthetic. At the same time, the façade also illustrates another concept that has been studied previously by SUBdV architects: that of ‘environmental ornamentation’, where ornament on a façade is no longer perceived as merely decoration, but becomes a useful element to produce a specific environmental performance, thus creating a new type of ‘functional aesthetic’ for building culture. Parametric computation and digital fabrication were used to create decorative wall panels, stair guard-rails and the furniture for the office. The digitally designed perforated wall panels and guard-rails were conceived so to absorb sound in the open-plan of the new office layout, and to also give a multi-colored and textured aesthetic to the industrial monochromatic concrete structure and walls. All the wall panels and guard rails, as well as the components of the furniture were cut using the CNC router, and detailed with CNC milled box-joints, avoiding the use of metal hardware, thus creating a playful aesthetic. The tables were designed with a two-sided arrangement with an embedded channel in the middle for electric cables, and central dividing panels for privacy between users. 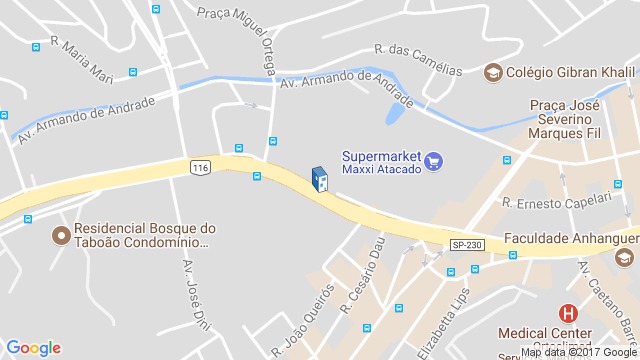 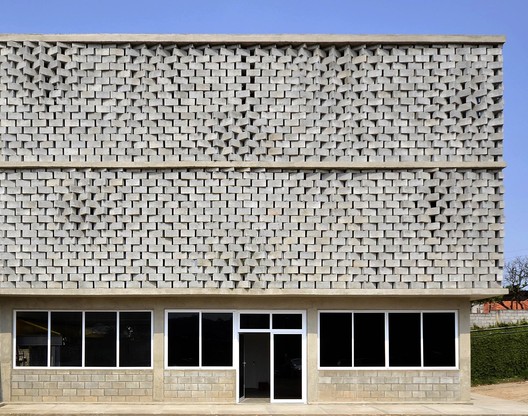