Save
Architects and Structural Engineers: Can’t We All Just Get Along?
Share
Or
Copy

Charles Thornton, one of the world’s preeminent structural engineers, once said that the greatest challenge facing the profession of structural engineering is that “I don’t think we have enough self-esteem and enough confidence in ourselves to believe that what we do is so important... Architects are trained to present, to communicate, to sell, to promote themselves, to promote their industry, and to take credit for what they do.”

As a structural engineer with over a decade of experience, I agree with Mr. Thornton—to an extent.

Yes, structural engineering is the red-headed stepchild of the construction process and, yes, some of the fault is ours. The structural engineer doesn't get the credit that the architect does because as an industry, we have failed to demand it. We have settled into a back seat role rather than asserting ourselves. We play our part, get our check, and move on.

Where I respectfully disagree with Mr. Thornton is his assertion that structural engineers don’t believe what we do is important.

On the contrary, we are very aware of the pivotal nature of our work. The issue is whether other people do, particularly our colleagues in the creative design world.

Many engineers feel (and likely perpetuate) an "us vs. them" mentality in their relationship with architects. Personally, I would describe it as more of an undervalued feeling. Structural engineering services are often treated as a necessary evil in the construction process. Sure, architects, builders, developers, and owners understand that they have to have our seal and signature on their drawings in order to comply with building code requirements and ultimately to get their building permits. But I don't believe the value of what we have to offer is realized.

This sense of disregard is real. The website of The American Society of Civil Engineers features a study among practicing engineers that concludes that “there are challenges for structural engineers in the relationship with their architectural client, which include architects’ lack of respect for their structural engineering colleagues as well as negative connotations of the field.”

A study by the Society of Structural Engineers concurs, noting engineers’ frustration with the lack of structural understanding among architects, their habit of seeking structural advice too late for optimal structural solutions, and their general lack of interest in collaboration. On the other hand, architects are frustrated by the engineer’s lack of both innovation and engagement with architectural design ideas.

Architects view engineers as lacking vision and appreciation for aesthetics—technically competent but otherwise underqualified and uninspired—while engineers typically view architects as idealistic and ignorant to the laws of physics—design snobs oblivious to budgets. Working together can be a collision of conflicting personality types and professional goals.

Is there a certain amount of jealousy in structural engineers’ relationship with our colorful colleagues? Perhaps. Most architects insist on winning jobs based on their qualifications and design abilities (among other professional capabilities, of course). But outside of extremely complex and specialized fields (high rises, stadiums, etc), I believe it is rare for a structural engineering firm to sell themselves solely based on merit and having the greatest ability to do the job well.

Architects build “testaments to the human spirit” with glossy magazines devoted to their work, while structural engineers talk rigidity and load factors and are anonymous until something goes wrong. This, of course, is not the rule. There are many engineers who are aesthetically oriented and many architects adept at mechanical disciplines.

The truth is engineers and architects have more in common than they don’t—specifically the expertise to evaluate and design buildings and provide safe, well-functioning spaces to work and live. Architectural design and structural design are meaningless without each other. It is the ultimate marriage of form and function.

Architects need to have a working relationship with engineers in which he or she can trust that they will attempt to bring the architectural vision to life. Architects must listen when the engineers warn against something, whether it be a structural issue, a construction problem or a budget concern. And, yes, engineers need to realize the talent and vision that architects bring to the table, and use the knowledge that they possess to create a workable solution.

The power of collaboration between engineers and architects has long been recognized. As architect Eugene-Emmanuel Viollet-le-Duc said in the 1800s, “the interests of the two professions will be best saved by their union.” 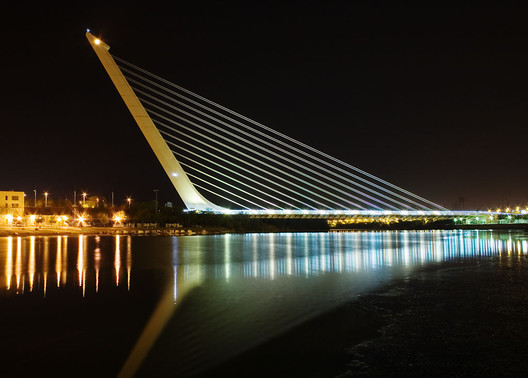