Park, who is now president of Qube Architecture LLC in Suwanee, Georgia, is seeking unspecified damages including for alleged damage to his firm and to receive official credit for the building’s design.

According to the architect, SOM could have first seen the graduate thesis after it was put on display in the university’s lobby, or through his former thesis adviser, who now works for the firm. Park also said Cityfront '99 was featured in a scene from the 2006 movie "The Lake House," starring Keanu Reeves and Sandra Bullock, which also included a scene shot in the lobby of a Chicago building where SOM had an office.

Other defendants in the case include participating entities run by the Port Authority of New York and New Jersey, developers on the property, and contractor Tishman Construction Co.

"He just wants to be treated fairly," said Dan Kent, a lawyer for Park.

"Our client frankly didn't know what his legal rights were until he came to us," added Kent. "We believe we are well within any statutes of limitations, and that the wrongful conduct is ongoing."

The 10 Things You Must Know About Architectural Copyrights

With all the recent controversy over Zaha Hadid's "copycats" in China, we decided it would be wise to get a better understanding of the often murky world of architectural copyright. In that effort, we've decided to re-print an article by Attorney Jeffrey M.

"See You in Court!": 9 of Architecture's Nastiest Lawsuits

What did Pritzker Prize winner Frank Gehry get when he designed the Stata Center, an exuberantly whimsical academic complex for MIT? A very large check, plus a major lawsuit, alleging negligence and breach of contract due to rampant leaks, mold, cracks, drainage problems and sliding ice. Sometimes the most inspired designs can go awry. 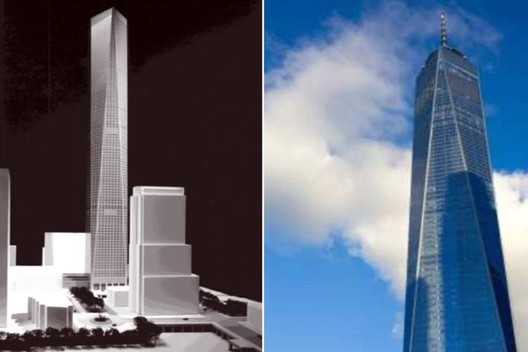