Save
"See You in Court!": 9 of Architecture’s Nastiest Lawsuits
Share
Or
Copy

When engineers approved the Millennium Tower’s foundation, they expected the building to evenly settle a half foot (0.15 meters) over the structure’s lifespan. A mere seven years after opening, it was discovered that that 645-foot (197-meter) tall skyscraper had sunk 16 inches (0.4 meters) and was tilting 15 inches (0.38 meters) to the northwest. Unlike neighboring high-rises, the Millennium Tower’s piles never reached bedrock. The expectation was that the landfill carrying the structure’s mass would depress predictably, but it didn’t happen. This grave error has produced cracked sidewalks, deformed door frames, and a cringe-worthy 60 Minutes segment where a golf ball is shown rolling across a penthouse floor. As of 2016, the building’s tenants had filed a massive class action lawsuit in an attempt to pin the blame on the Transbay Joint Powers Authority and Millennium Partners. If you’re in the market for heavily discounted San Francisco real estate, look no further.

During the summer of 2016, Los Angeles’s newest attraction took Facebook newsfeeds by storm. A 45-foot (13.7-meter) long slide, cantilevering 1,000 feet (305 meters) above the ground, was tacked onto the side of the US Bank Tower, LA’s tallest skyscraper. After descending a single story onto one of the tower’s setbacks, visitors are shot out onto a mat to break their fall. A few months after opening, a woman sued the building’s operator, OUE, after ungracefully hitting the landing and breaking an ankle in the process. Although not tragic, the embarrassing incident marred the attraction with negative PR.

The famous Queens graffiti warehouse, dubbed the “U.N. of graffiti,” was tragically whitewashed and demolished in 2014 to make room for bland, revenue-generating luxury apartment towers. Despite organized demonstrations and lawsuits in 2013 by local street artists, a judge dismissed the case and sided with the building’s owner, G&M Realty. Their work destroyed, the artists again filed suit in 2015, claiming that the whitewashing of the building violated the Visual Artists Rights Act of 1990 (VARA). In April 2017, the case was resurrected by a judge who ruled that the street artists’ redemptive case may proceed.

Santiago Calatrava’s exquisite projects are often notoriously maligned, for a variety of reasons. During construction of this extravagant shopping mall and government office block in Oviedo Spain, a portion of the structure collapsed. The incident delayed the project and led to a legal entanglement which resulted in his firm shelling out $4.3 million—a figure arrived at by subtracting the unpaid fees owed by the developer ($9.7 million) from the damages determined by the judge ($14 million).

Frank Gehry jokingly referred to his own ambitious foray into academic buildings as “a party of drunken robots [that] got together to celebrate.” Unfortunately, the Stata center at the Massachusetts Institute of Technology was less than successful. Gehry’s highly intricate forms resulted in a building that sporadically leaked, grew mold, and had plumbing issues. The aggressive freeze/thaw climate of Boston and the irregular design likely contributed to sealant failure. Gehry's firm was sued in 2007, and the case was settled in 2010 after the flawed structure was repaired.

Poor Norman Foster. His firm’s first project in Las Vegas was going to be a sleek, glass-clad 49 story tower anchoring the south end of the strip. After inspectors discovered that steel rebar had been improperly installed in 15 floors, construction halted, and the building’s height was capped at 28 stories. The building was so plagued with structural issues it was only used as a giant unoccupied billboard by MGM. $400 million in suits were settled between MGM and the Perini Building Company and the stumpy remnant of Foster’s vision was demolished in 2015.

Cornell University slapped Pei Cobb Freed & Partners with a $1.1 million malpractice lawsuit after serious issues with humidity in the Johnson Museum’s extension, allegedly compromising the safety of the artwork held within the structure. Although the firm also designed the original brutalist wing of the building in 1972, Cornell was “deeply unsatisfied” by the museum’s addition, and thought the design to be “fundamentally flawed.”

Shortly after completion, the Orange County Performing Arts Center filed suit against both Cesar Pelli and the construction firm Fluor Corp. The organization claimed that the project was $40 million over budget and that, while they were largely satisfied with the space, some of the seating was improperly designed and many of the venue’s sight lines weren’t directed toward the stage.

After meeting Mies van der Rohe at a dinner party, Dr. Edith Farnsworth commissioned the famous architect to build her a summer getaway in rural Illinois. Mies’s pristine design ran over budget, triggering a series of non-payment and malpractice lawsuits from both sides. Although Mies eventually won the legal battle, the negative publicity took a toll on his sanity. The drama was so rich that Jeff Bridges and Maggie Gyllenhaal are starring in an upcoming major motion picture recounting the event. Mies defended his minimalist modernist masterpiece with brevity: “Less is more.” That didn’t satisfy Dr. Farnsworth, who bluntly rebutted: "We know that less is not more. It is simply less!” 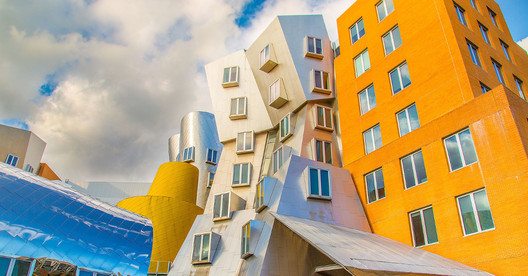