NIKE has created a new experimental lab for running aficionados: the world’s first full-sized LED racing track. Built as a pop-up in Manila, Philippines, the "Unlimited Stadium" coincided with the launch of their new LunarEpic running shoe. The 200m long figure-8 course follows the imprint of the running shoe, scaled up to a 100ft long footprint lighting up the heart of Manila. 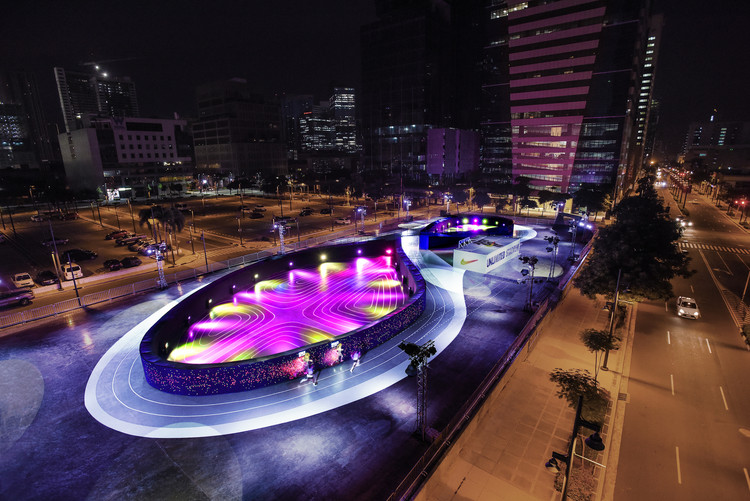 The Unlimited Stadium was a project conceptualized and created in partnership with BBH Singapore. Runners on the track compete with their avatar – a virtual silhouette of themselves running alongside on the LED screen that wraps around the track like a ribbon. A sensor is attached to each participants shoe upon their first run, with their avatar appearing as a visual opponent, running the lap with their previous time and pace. Each time a runner beats their avatar, it runs with the faster pace, encouraging runners to improve their personal best with each lap. The figure 8 deviates from a traditional loop by its shape and through an uphill element as it crosses over itself in the middle, challenging runners further through its design.

An athlete’s greatest competition is always themselves. Our ambition was to bring our athletes face to face with themselves - NIKE.

Despite NIKE’s recent quest to beat the 2-hour marathon falling just short, the sports giant demonstrates an unrelenting dedication to improving the art of running which lies at the heart and soul of its brand. With the anticipated launch of new shoe designs, we can anticipate further collaborations between NIKE’s products and its pop-up urban interventions - marking future cities with its trademark swoosh. 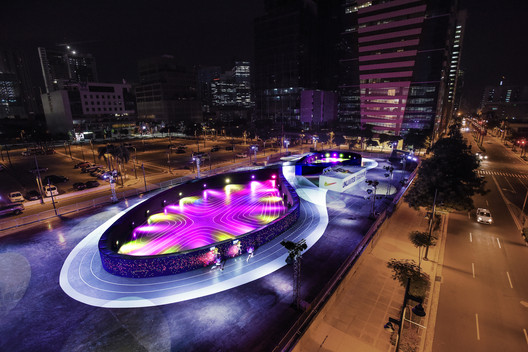