With construction of the Hudson Yards megadevelopment moving ahead at full steam, new renderings have been released of One Hudson Yards, the second residential building being constructed as part of the complex. Designed by Davis Brody Bond, with interiors by Andre Kikoski Architect, the stone and glass structure will be located adjacent to both transforming culture pavilion ‘The Shed’ and the Hudson Yards centerpiece, Heatherwick Studio’s ‘Vessel’.

The 33-story tower will feature a red stone and glass facade rising from a podium and rooftop terrace. With leasing set to launch this summer, One Hudson Yards will offer 178 apartments ranging from one- to three- bedroom units and one four-bedroom penthouse residence.

Amenities for the building include an 82-foot-long pool, a spa, an Equinox-curated fitness center, a bowling alley, a game lounge, a half basketball court, a penthouse lounge, entertainment room, terrace, and children’s playroom, among other offerings.

One Hudson Yards will follow the development’s first residential building, 15 Hudson Yards, which will rise from the base of The Shed. It is also adjacent to the Robert A.M. Stern-designed rental building, Abington House. 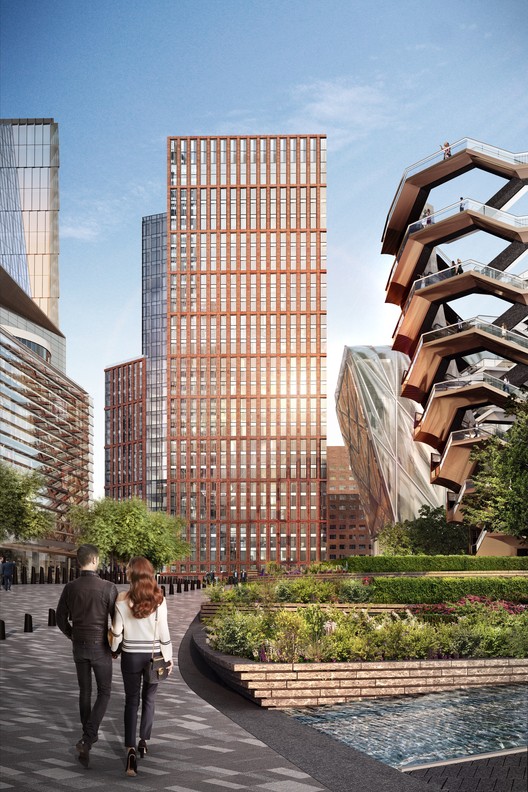